AOC area for red, rosé and white wines in the southern section of the Rhône in the south of France. It is an ancient wine-growing region since more than 2,000 years. In the 16th century, remarkable wine was produced here and shipped from the port of Roquemaure to Paris, England and Holland. The origin was certified by the magistrate officials by order of Louis XIV by burning "C d R" on the barrels. The area was one of the first to be struck by phylloxera in 1863, when a château owner imported vines from North America. Famous wine lovers were the Popes John XXII (1244-1334), Clement V (1264-1314), as well as the French kings Henry IV (1553-1610) and Louis XIV (1638-1715). 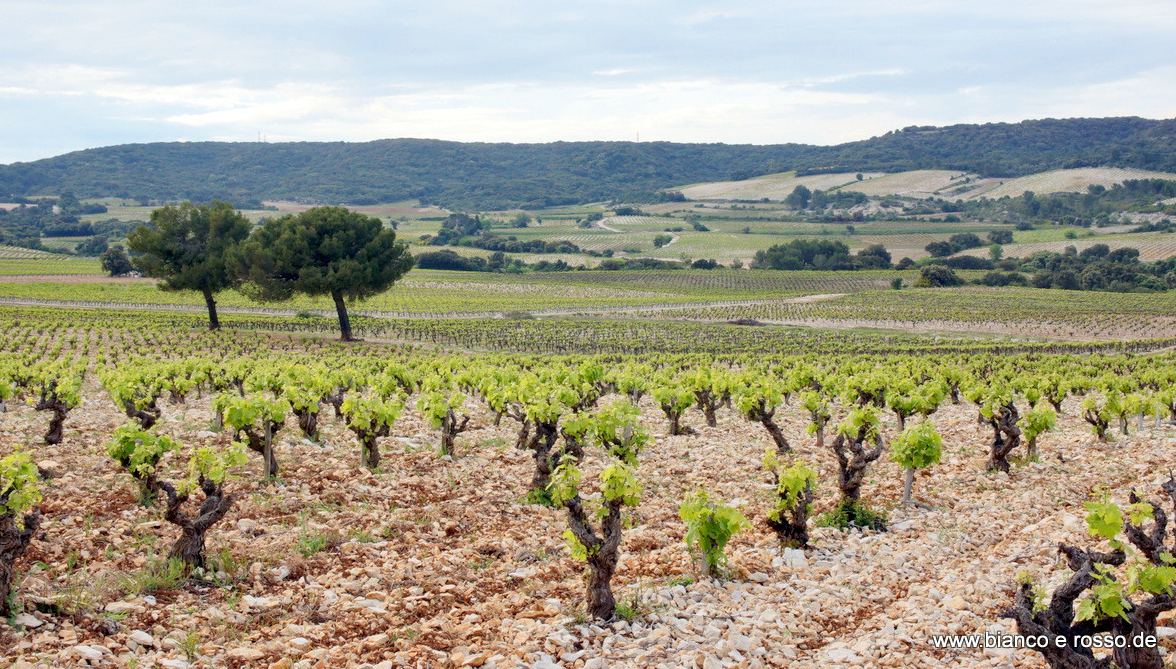 The area classified as Cru (peak appellation) is located on the right bank of the Rhône opposite the Châteauneuf-du-Pape area on the opposite bank. It covers over 700 hectares of vineyards in the four communes of Lirac, Roquemaure, Saint-Geniès-de-Comolas and St-Laurent-des-Arbres in the Gard.

The red wine is blended from zum. 40% Grenache Noir(Garnacha Tinta), zum. 25% Syrah and Mourvèdre(Monastrell), up to 10% Carignan Noir(Mazuelo) and Cinsaut. For the rosé, up to 20% of the permitted white varieties are also permitted. The white wine is produced from max. 60% Bourboulenc, Clairette, Grenache Blanc(Garnacha Blanca), as well as max. 25% Ugni Blanc(Trebbiano Toscano), Piquepoul Blanc, Marsanne, Roussanne and Viognier.