This French liqueur wine was created by the brothers Paul and Raymond Lillet, following an idea of the monk Father Kermann, who founded a company in Podensac(Graves-Bordeaux) in 1872. Created in 1887, the white Lillet with a golden yellow colour was produced from 85% Sémillon and Sauvignon Blanc, and 15% of a liqueur made from oranges, bitter oranges, limes and china bark. Therefore the original name was "Kina Lillet". It was not until 1962 that the red version created by Pierre Lillet came onto the market. It was made from Cabernet Sauvignon and Cabernet Franc, as well as shares of Merlot and Syrah. The company does not have its own vineyards, but prepares the liqueur and part of the wine itself. Also known as "L'Apéritif de Bordeaux", the wine quickly became a successful fashion drink, especially among artists in London, New York and Paris. Famous graphic artists designed advertising posters for it, including Toulouse-Lautrec (1864-1901) and Leonetto Cappielo (1875-1942). 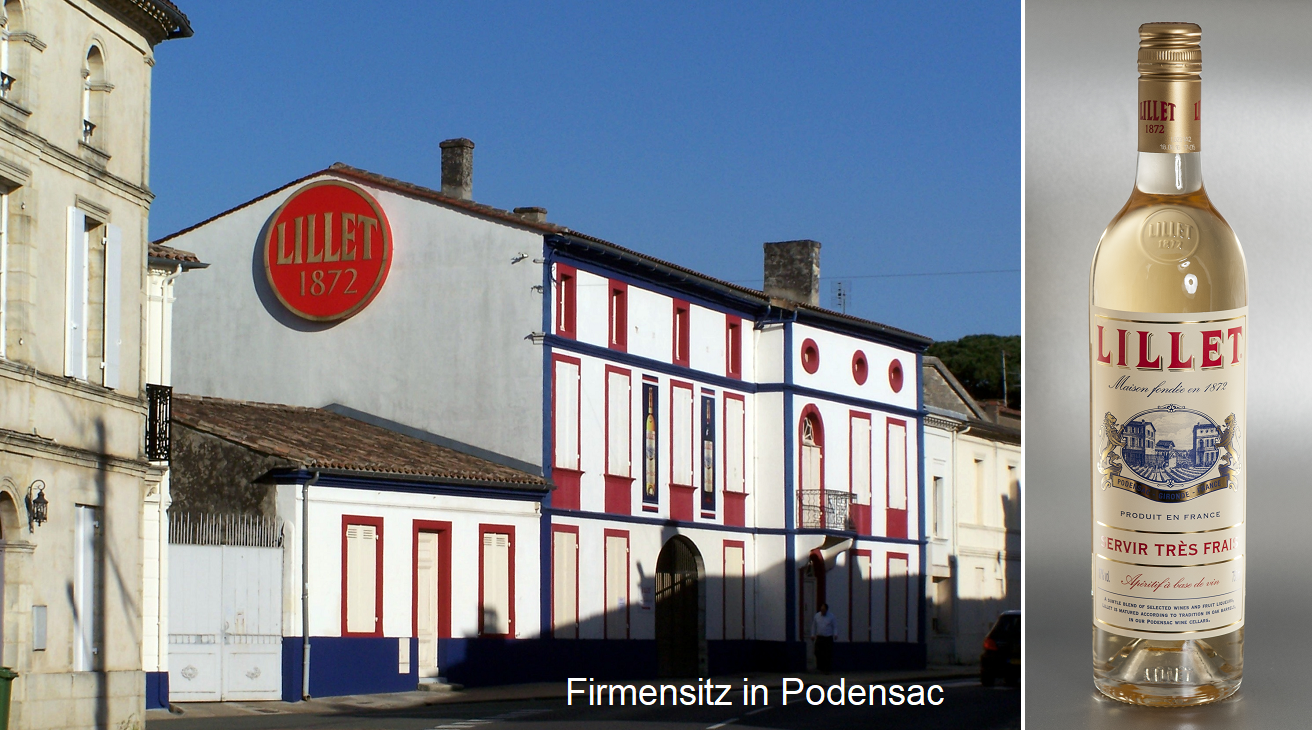 In the 1980s, the brand got into serious economic problems with only 18,000 bottles sold annually; especially in France, it was almost forgotten. The company was bought in 1986 by Bruno Borie, who brought the Lillet brand to new success with a slightly modified recipe and taste. The Lillet no longer tastes sweet and bitter, but light and fruity. It is still produced from wines and fruit liqueurs in a ratio of 85:15 and has an alcohol content of 17% vol. There are five different varieties, although the rosé was not launched on the market until 2012:

This aperitif, which is similar to a wormwood, is traditionally served with lemon peel, grated ginger or mint and drunk chilled (8 to 10 °C). It is also used in many cocktails. The novel character James Bond 007, created by crime novelist Ian Fleming, drinks his martini cocktail with Kina Lillet rather than with vermouth, as is customary. In "Casino Royale" he calls it "Vesper", after the first name of a courted woman. Since 2008, the Lillet company has been owned by the huge French wine and spirits multinational Pernod Ricard.