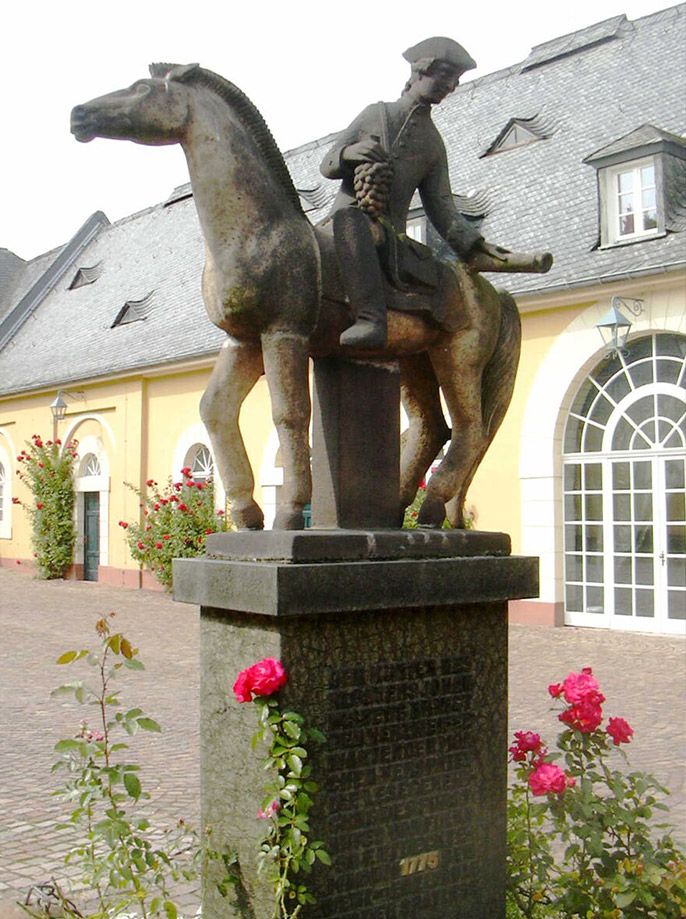 Popular name for the statue of a horseman in the Rheingau Castle Johannisberg (Rheingau). The horseman carries a large grape in his hand and symbolizes the "invention" or origin of the late harvest. However, the figure is not historically documented. From 1718 onwards, the permission of the Prince Bishop of Fulda for the grape harvest in this area was conveyed in writing by the so-called Herbstkurier. In 1775 this was given to the Benedictine Father Waiter of the Provost Johannisberg, who was already desperately waiting for it, 14 days too late. There are at least two versions for the reason of the delay.

The first says that the prince-bishop was hunting and therefore could not be reached for the granting of the permit. The other says that the courier was held by robbers. In the meantime, the grapes had rotted or shrivelled. They were nevertheless harvested and, due to the (unexpected) excellent result, became standard from that time on. It should be noted, however, that at that time, late harvesting was understood by today's terms to mean a Beerenauslese or Trockenbeerenauslese produced from botrytis-affected grapes. See also under Prädikatswein.