Designation (also Kwewri, Quevri) for a bulbous wine vessel made of clay with a volume of up to 3,000 liters, which has been used in the Kakhetia region of Georgia for thousands of years for a special form of vinification, the so-called Kachaetic process. The shape is very similar to the ancient amphorae. Such vessels are increasingly being used again today for the production of mostly very rustic wines, for example the Orange Wine, which has become fashionable. The shape, which tapers towards the bottom, makes it easier to bury them in sand or earth, where they remain during the ageing process. Very similar vessels are dolium (Roman), pithos (Greek), talha (Portuguese) and tinaja (Spanish). See also under wine vessels. 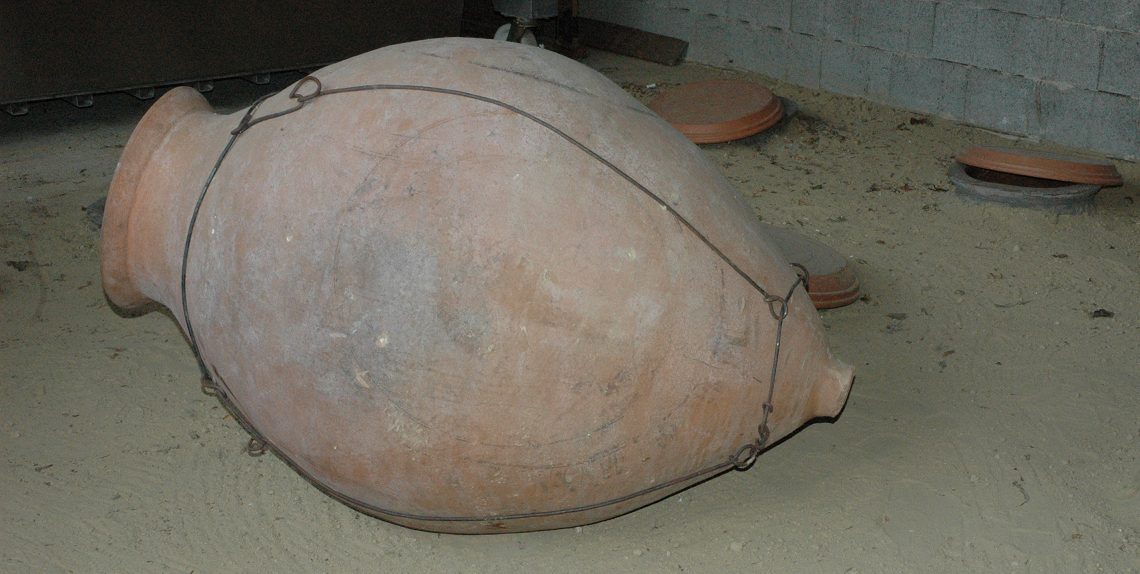