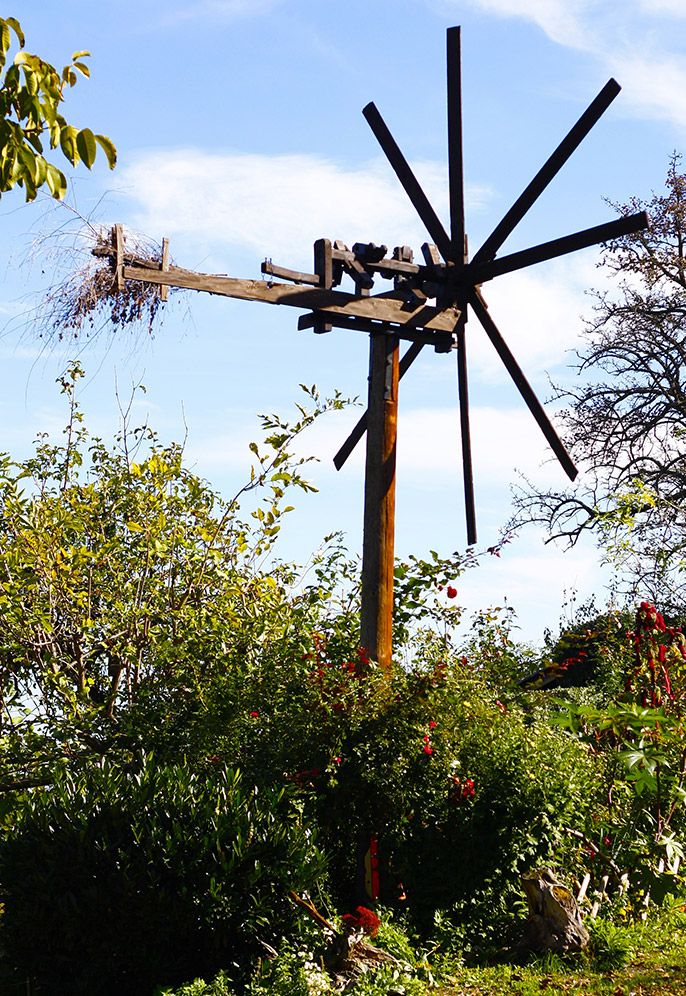 Local name especially in the Austrian wine-growing region of Styria and also in Slovenia (here Klopótec) common noise device, which is placed in the vineyard as a scarecrow. Here the Klapotetz is also the wine-growing landmark. The Klapotetz was already mentioned in a manuscript in 1797. From 1832 there is a pictorial representation of a castle near Celje with a Klapotetz. Archduke Johann (1782-1859), who was involved in viticulture, also owned a Klapotetz on his estate in Pickern.

The wheel, usually made of cherry or plum wood, consists of clappers which produce a clattering (slaw. klaptati = clattering) sound as well as ultrasonic sounds when the wind blows, thus driving away the harmful birds. In Austria the windmill usually has eight blades, in Slovenia only six.