A drinking vessel for wine in ancient Greece, which is also documented in Greek mythology as the drinking vessel of the gods. The cup-shaped vessel was vertically attached to two opposite, widely curved and raised handles, on which it was held with both hands while drinking. The Kantharos also served as a votive offering (votive of lat. Votum = vow), which was sacrificed according to a vow (ex voto) at holy place as a sign of gratitude for the rescue from an emergency. It was also often used as a religious cult object. With the thyrsos staff, the kantharos was an attribute of the wine god Dionysus, with which he was often depicted. The tondo (round picture) on an Attic drinking bowl dates from 480/470 BC. The goddess Athena fills wine from an Oinochoe (wine jug) into the Kantharos of the hero Heracles. 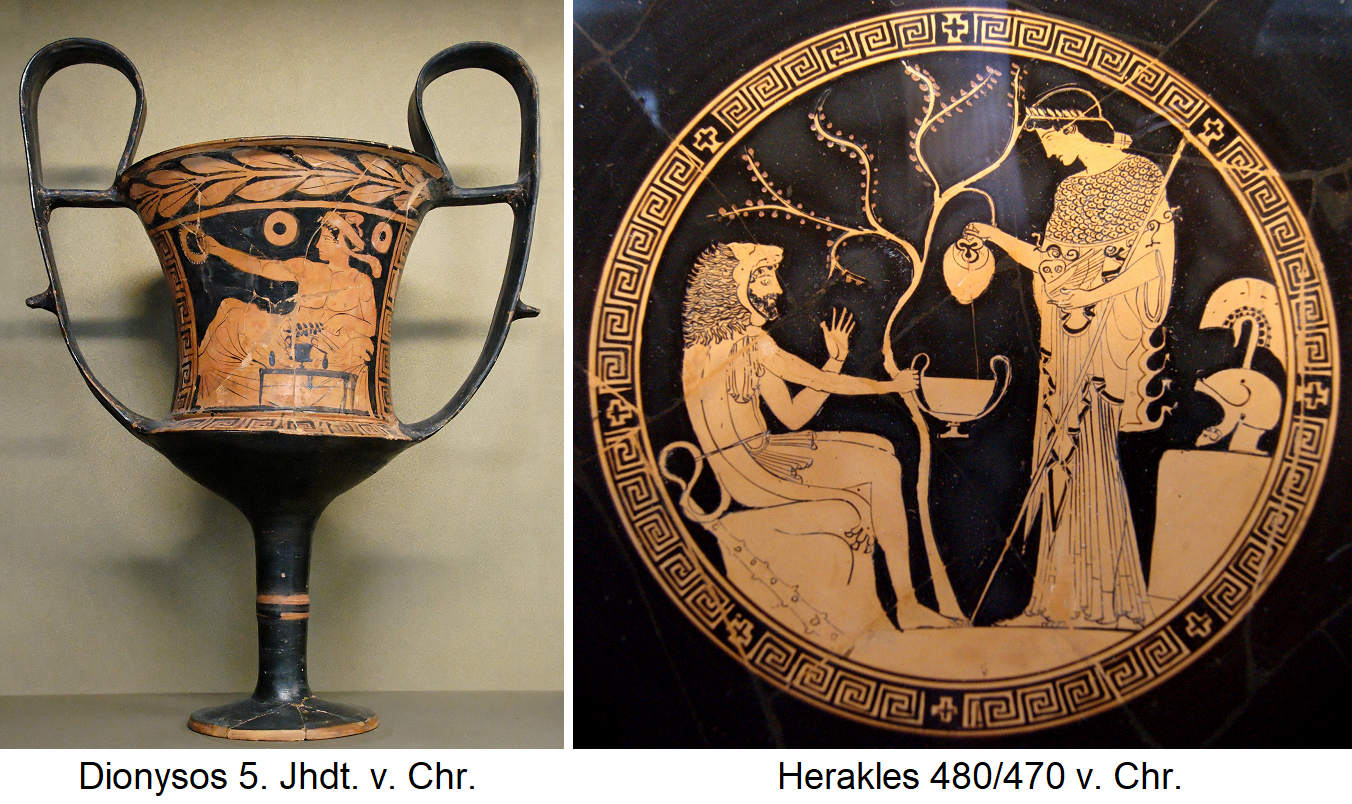 A kylix (Mz. Kylikes) was a much flatter drinking bowl in which, in contrast to the kantharos, the two handles did not protrude beyond the rim of the vessel. Some of these drinking bowls also had a higher foot, which was used for touching when drinking. Kantharos and Kylix were often used at symposia (drinking parties with witty conversations and games). The picture on the right shows a Kylix from the Greek potter Euergides, who lived in Athens in the last quarter of the 6th century and produced mainly bowls. At least twelve signatures on red-figured bowls have been preserved from him. See also under crater (antique wine jug) and wine vessels.