In the Wachau region (Austria) a common name for a winegrower's jacket made of calico jewelry fabric with a typical check pattern. Kalmuck is a name for a cotton double fabric with a full bodied under yarn. The fabric, which is mostly woven in twill weave, is roughened on both sides, making the weave invisible. According to legend, the West Mongolian equestrian people of the Kalmyks used the fabric as a saddle cloth and brought it to the Wachau, where it was made into work jackets. Due to their robustness, jackets made of Kalmuck fabric have always been worn by sailors and raftsmen on the Danube and its tributaries. 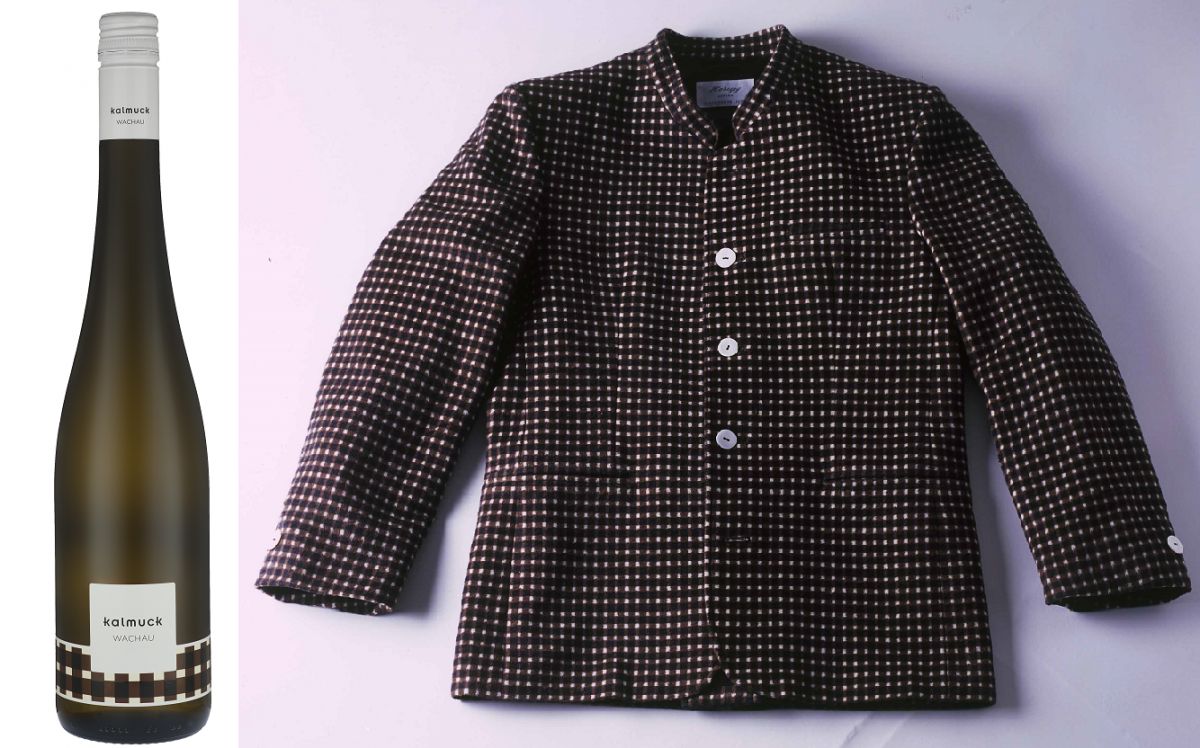 Until the end of the 19th century, however, this costume was used less and less. Only in the Wachau this robust working jacket was adopted by the winegrowers. The Kalmuck-Janker there is part of the traditional Wachau costume and is still worn there today together with black trousers, a white cotton shirt and a black hat with a stone feather bush. The Kalmuck-Janker is also held in honour by other traditional associations of skippers and raftsmen on the Danube and Traun as part of the traditional skipper's costume. The Wachau winery Gritsch Mauritiushof markets a wine line under the name "Kalmuck".