Designation of a quality wine of geographical origin in Slovenia; see there.

The first vines were planted in this area by the Celts some 2,400 years ago. The Romans influenced viticulture especially in the area of Poetovium (Ptuj = Pettau). The Roman wine author Pliny the Elder (23-79) mentioned viticulture in the Karst region and described these wines as an elixir of life. During the migration of peoples, viticulture came to a standstill again. But in the Middle Ages, the wines were highly valued at the courts of the imperial Wien and archbishopric of Salzburg. The Austrian Archduke Johann (1782-1859) owned a model vineyard near Maribor (Marburg). Even today, the influences of the historical and long affiliation with Austria-Hungary can be felt. As in most European countries, large vineyard areas fell victim to phylloxera in the second half of the 19th century.

the wine-growing areas are located in the north on the border with Austria (southern Styria), in the east on the border with Hungary and in the west on the border with the Italian region of Friuli-Venezia Giulia. White wines account for about three quarters of production, red wines for about one quarter. Slovenian viticulture has shown a rapid positive development. A model enterprise and pioneer is the Movia winery. There are many small winegrowers with tiny areas. The climatic conditions are characterised by Alpine, continental and Mediterranean climates. Short, heavy downpours in spring are followed by a warm summer and a long, mostly sunny autumn, which allows for a late harvest and thus also ripe Prädikat wines. Slovenia is divided into three large wine-growing regions with 14 origin-protected wine-growing areas. In 2012, the vineyards covered a total of 16,000 hectares, from which 507,000 hectolitres of wine were produced (see also under wine production volumes): 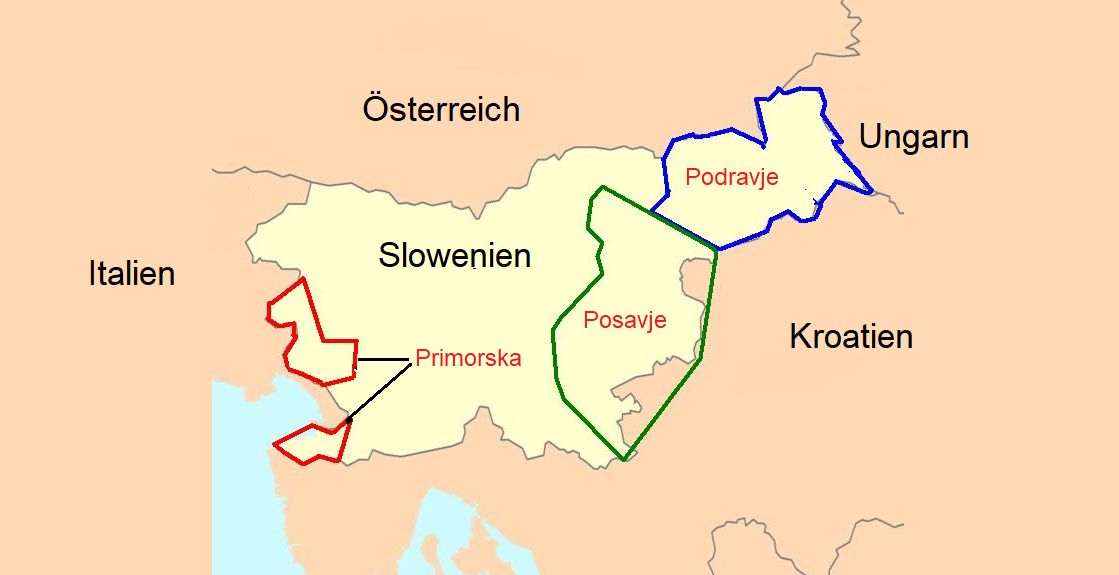