Often occurring single layer name in Germany. The name indicates a former possession or cultivation by the Catholic Jesuit order.

The name is derived from the Jesuit order, which owned the site until 1773. In the Bavarian classification of sites of 1828 the site was rated second highest. The south-east facing vineyard at an altitude of 120 to 150 metres above sea level with a slope gradient of up to 15% comprises seven hectares of vineyards. The soils consist of red sandstone weathering with deposits of volcanic basalt and calcareous clay marl with a high humus content. The Riesling variety in particular is cultivated here. The Bassermann-Jordan, Dr. Bürklin-Wolf, Margarethenhof, Mosbacher Georg, Müller Eugen, Reichsrat von Buhl, Spindler Heinrich and Weingut von Winning, for example, all have shares in the site.

The origin of the name goes back to 1606, when the Archbishop of Mainz handed over the chapel of St. Bartholomae plus vineyards to the Jesuit College in Mainz, in whose possession the vineyards remained until 1773. A small chapel of the church building of that time is still preserved today. The vineyards, facing south to southwest at an altitude of 80 to 120 metres above sea level with a 10% slope, cover 26 hectares of vineyard area. They lie directly on the banks of the Rhine and are well protected by a wall. The deep, calcareous loess soils have gravel and sand deposits with a high proportion of fine earth. The Riesling is mainly cultivated here. The vineyards Allendorf, Ankermühle, Eser August, Geheimrat J. Wegeler Erben, Johannishof Eser, Prinz von Hessen and Spreitzer Andreas & Bernd, for example, have shares in the site. 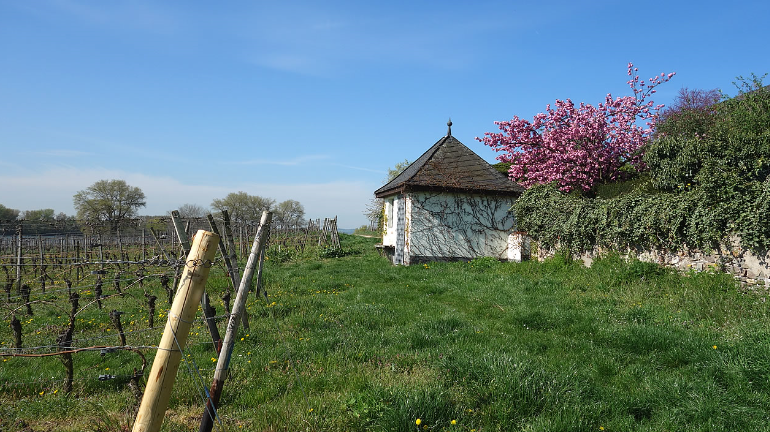