The winery is located in the municipality of Torrelavit in the Spanish DO area of Penedès (Catalonia). It was founded in 1964 by the legendary Spaniard Jean León (1928-1997). Born as Ceferino Carrión in Santander, he packed his suitcase at the age of 19 and landed in Hollywood after Paris, New York and a trip through the USA, where he opened the legendary restaurant "La Scala" in Beverly Hills together with James Dean (1931-1955). The restaurant developed into a meeting place for film stars and celebrities from the worlds of film, business and politics. Jean León knew five US presidents. In 1962 Richard Nixon (1913-1994) was with him the night he lost the elections. He often spoke with John F. Kennedy (1917-1963) about Spain. And with Ronald Reagan (1911-2004) he shared a passion for good wines. Finally, in the early 1960s, León decided to create an exceptional wine. He travelled the world in search of an exceptional soil. He found it in the heart of Penedès. In 1995 the Spanish family business Torres took over the business. Today it is run by Miguel A. Torres' daughter Mireia Torres. 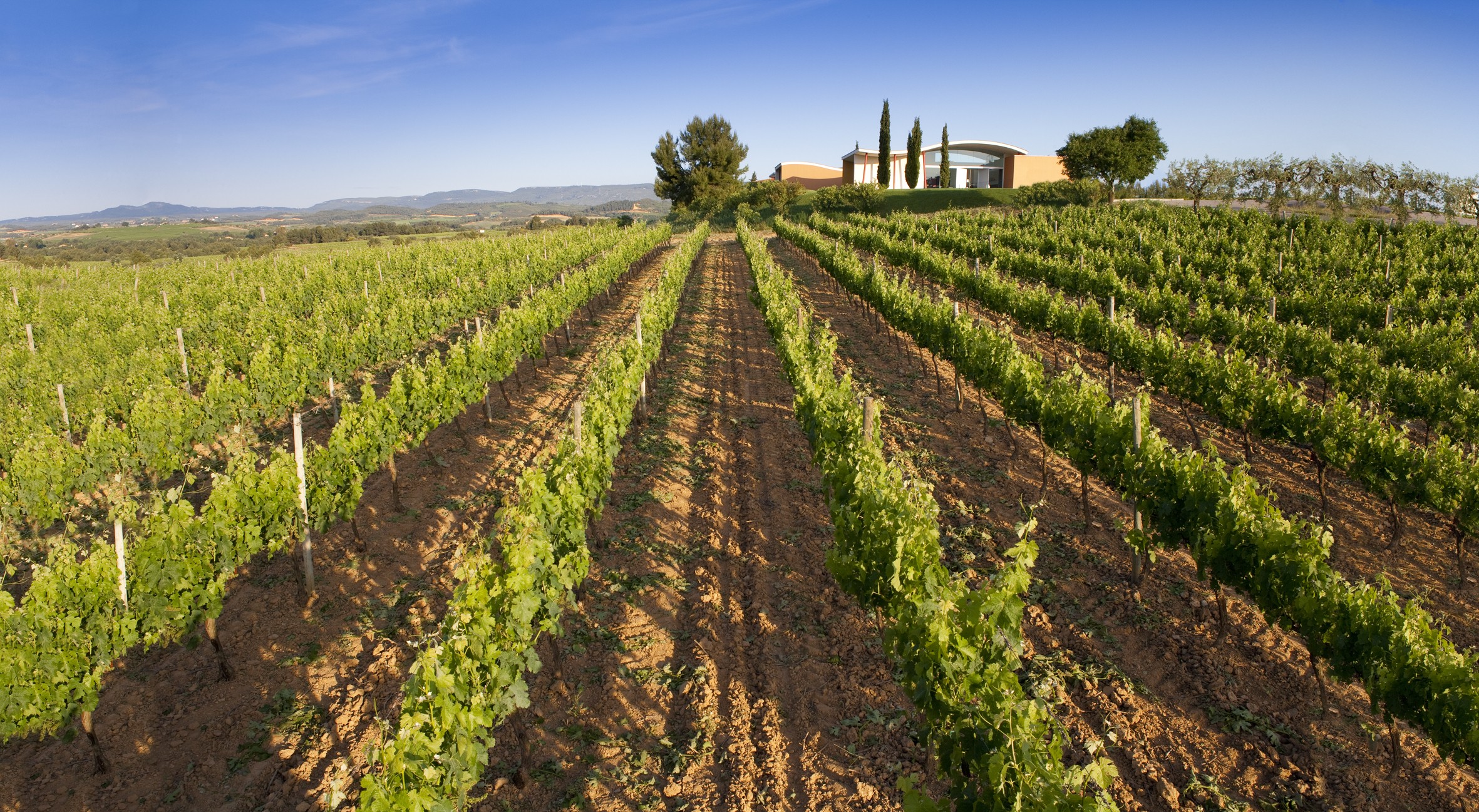 The vineyards were acquired in 1963 by merging various carefully selected plots of land. The property consists of a total of 150 hectares, of which only 100 can be cultivated and of which 67 are currently in production. The vineyards are situated on a slightly south-facing slope in the centre of the Penedès area at 280 to 310 metres above sea level. They are sheltered from the north winds and possible frost in winter and spring. Jean León also broke new ground in terms of grape varieties. He acquired vines of Cabernet Sauvignon, Merlot and Chardonnay from well-known French vineyards such as Château Lafite-Rothschild and Château La Lagune. At that time these varieties were still absolutely exotic or unknown in the Penedès. The Jean León winery was finally designed in 1964 in the style of a Bordeaux Château and built at an elevated location.

Jean León gave his oenologist, Jaume Rovira, complete freedom to equip the estate with the ultimate technical achievements and to work with the most demanding quality criteria. Fermentation is temperature-controlled and takes place in stainless steel tanks. Maturation takes place in a vaulted cellar with a capacity of up to 3,000 barriques of French and American oak. Amongst others, the international varieties Cabernet Sauvignon, Cabernet Franc, Chardonnay, Merlot, Pinot Noir and Petit Verdot, as well as the native Xarello and Sumoll are cultivated. The vineyards are divided into four plots or sites - so-called Vinos de Finca. These are Viña La Scala, Viña Le Havre, Viña Gigi and Viña Palau. The wines from these sites are the wines from the vineyards. The best Vino de Finca is considered to be the eight hectares of Viña La Scala, from whose barren, clayey and calcareous soil a single vine produces less than one kilogram of yield or just under one bottle of wine.

Since the year 2011, there is also the so called Jean Leon "3055" line, named after the taxi license number of Jean Leon when he drove a taxi in New York besides his work. The 3055 line is made from Chardonnay, Pinot Noir (Rosé) and Merlot/Petit-Verdot. Furthermore, Mireia Torres and her team have launched a new line "Experimental Wines" since 2015. These wines are produced in very limited editions (about 2,000 bottles) from the grape varieties Xarello, Cabernet Franc and Sumoll.