Producers and Wine Reviews about the "Imeretia"
Wine offers for "Imeretia" in the wein.plus Sources of Purchase

Region (Georgian Imereti) in the southwest of Georgia; see there.

The Near Eastern state (Russian: Grusinia) with its capital Tbilisi lies east of the Black Sea in Transcaucasia. It is bordered by Russia to the north, Turkey and Armenia to the south and Azerbaijan to the east. The breakaway parts of Abkhazia and South Ossetia are recognised as sovereign only by Russia and a few other states. Georgia is one of the oldest wine-growing countries and is also named as the origin of the cultivated grapevine, which, however, is assumed to be in south-eastern Anatolia according to recent research (arrow). According to the Bible, Noah landed on Mount Ararat at the end of the Flood. It is said that the 5,000-year-old clay jars found near the town of Wani in Imeretia contained seeds of the Rkatsiteli vine. Grape seeds from cultivated vines as early as 7,000 years old point to the breeding of better grape varieties. Archaeology provided evidence that viticulture enjoyed great importance in the earliest times and was an integral part of Georgian culture. In the museum of the capital Tbilisi (Tiflis), there is a short piece of vine wood covered with silver that was found in Trialeti in the south and whose age was determined to be 3,000 BC. Numerous vine knives, stone stars, mills, clay and metal vessels as well as jewellery in the form of grapes and vine leaves from the period between 3000 and 2000 BC have been excavated in Mukheta, Trialeti and Pitsunda as well as in the Alazani Valley. 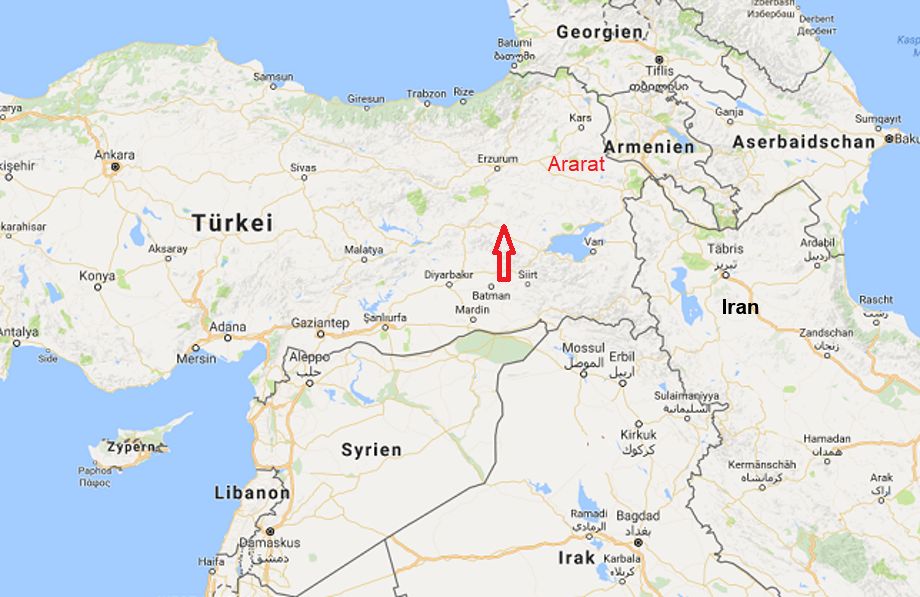 Rich ornaments with fruit-bearing vines are found on the walls of temples in the towns of Samtavisi, Ikalto, Gelati, Nikortsminda, Vardzia and Zarmza. In a poem by the Greek scholar Apollonius of Rhodes (3rd century BC), the librarian of the famous library in Alexandria, it is said in his work "Argonautica" that the Argonauts (heroes of Greek mythology), on their arrival in the capital Colchis, saw climbing vines at the entrance to the royal palace and a fountain with wine in the shade of the trees. Georgian legends testify to the love of the vine. Georgia adopted Christianity in the fourth century. The first cross was supposedly made of grapevines to demonstrate Christian religion and vine as the country's most sacred goods. For many centuries, viticulture had the greatest economic importance in Georgia, finally reaching an absolute peak in the Middle Ages.

After the Second World War (1939-1945), Georgia developed into an important wine supplier in the USSR, focusing on mass-produced wines. By 1985, the area under vines had increased to 125,000 hectares. Then there was a severe setback due to the anti-alcohol campaign under Mikhail Gorbachev (*1931), as 40,000 hectares of vineyards were cleared and replaced by melon cultivation. At the time of independence from 1991, 75% of production was exported to Russia. In 2006, however, there was an import ban (on Moldovan wines, too, by the way), which Russia justified with the undrinkability of Georgian wines due to contamination with pesticides and pollutants. Georgia saw this as a politically motivated action against the new pro-Western government. The Georgian wine industry was massively affected by this. The embargo was lifted at the end of 2011. 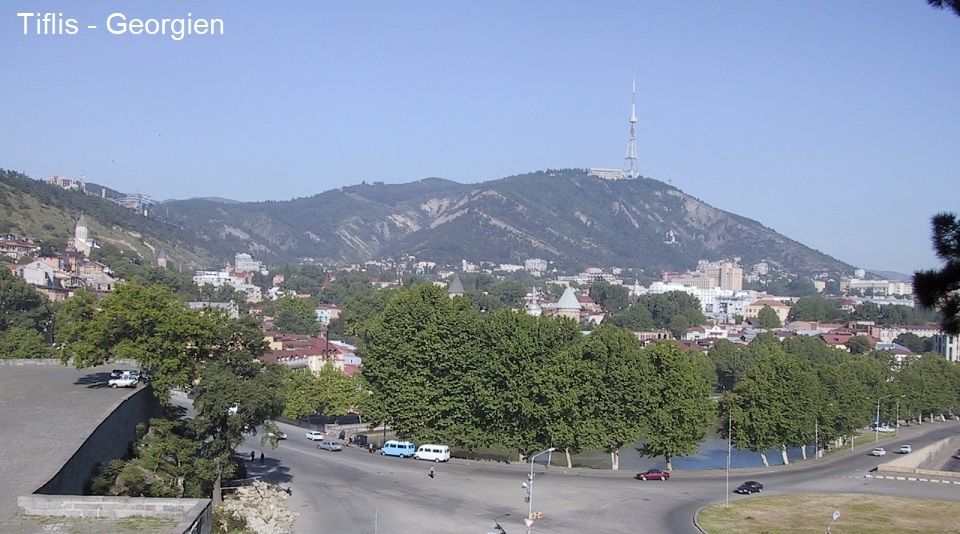 Under the wind-protecting influence of the towering Caucasus, there are ideal climatic conditions for viticulture in varying degrees. The wine-growing areas are characterised by diverse soil conditions and are spread throughout the country. The main focus is in the east of the country. From a climatic point of view, there are 5 regions, these are Guria, Imeretia, Kakhetia, Kartlia and Ratscha-Letschchumi. These are divided into 12 wine-growing regions. 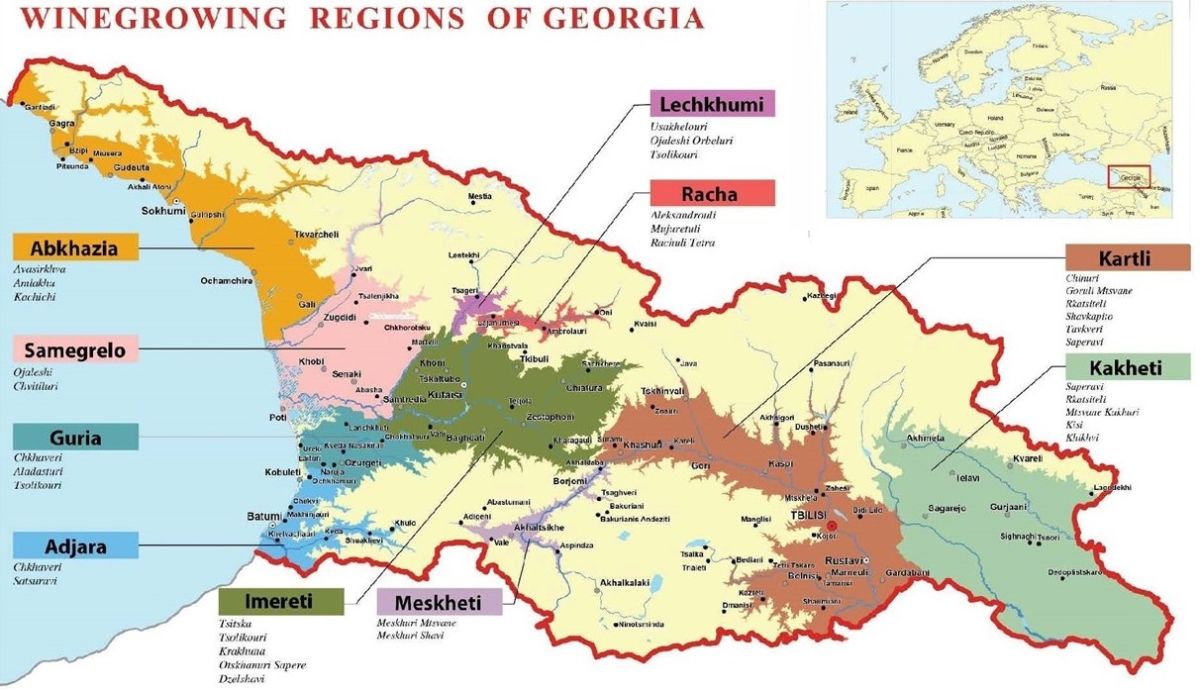