The world-famous Christian hospice in the town of Beaune in the département or Côte d'Or wine-growing area in Burgundy is also aptly called the "Hôtel Dieu" (Hotel of God). It was founded for charitable purposes in 1443 by Nicolas Rolin (1376-1462), chancellor of the Burgundian Duke Philip the Good (1396-1467) and his wife Guigone de Salins (1403-1470). Since then, the income from the associated vineyards and arable land has been used for the poor, as well as for the care of the elderly and the sick. The vineyards and arable land increased steadily through donations and legacies in the Côte de Beaune and Côte de Nuits sub-areas. After half a millennium, the estate now comprises 62 hectares of vineyards, spread over some 40 plots, all of which have Grand Cru or Premier Cru status. 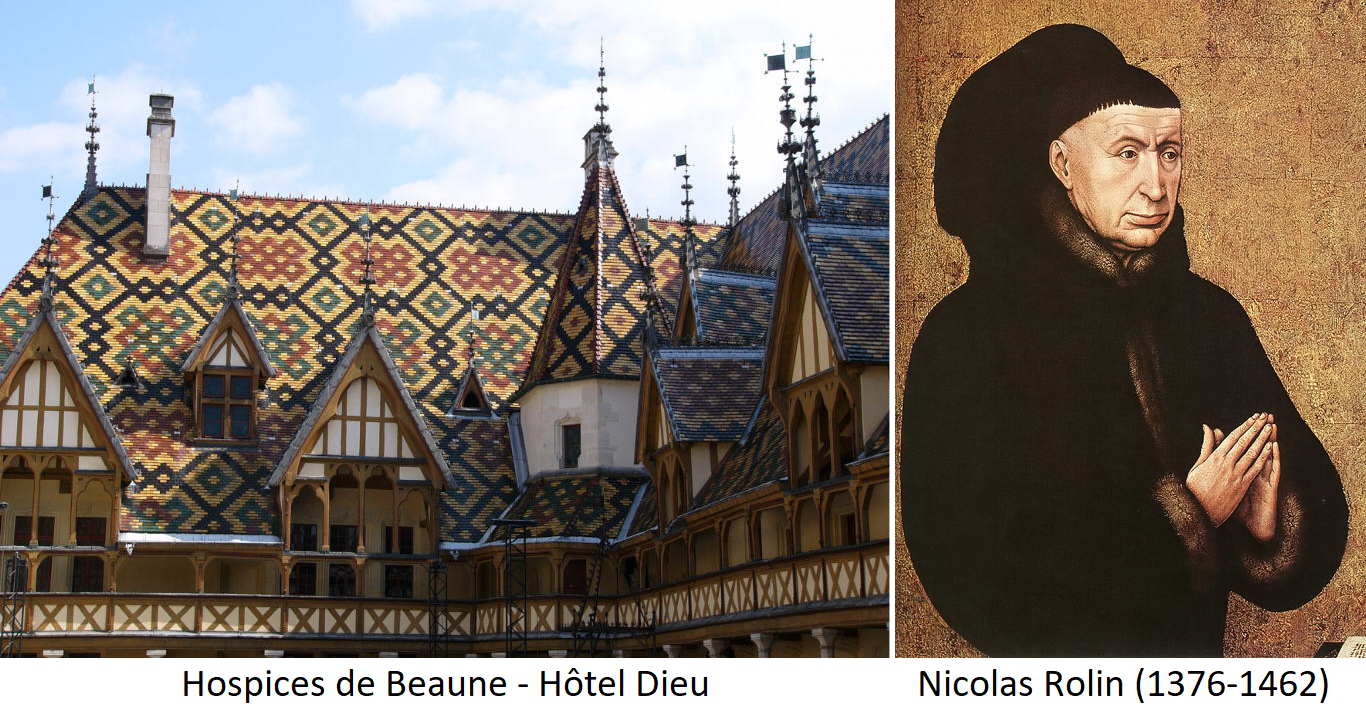 These include absolute Burgundy top locations such as the famous Corton mountain in the Aloxe-Corton area (see also under Burgundy classification). For Burgundy, the wine is actually assembled unusually to cuvées, which do not necessarily have to come from a certain climat (location, vineyard). Today there are 27 red wines and 11 white wines, each of these cuvées bears the name of an important benefactor. These include such personalities as Nicolas Rolin and Guigione de Salins (the founder couple), as well as Raymond Cyrot, Madeleine Collignon, Maurice Drouhin and Paul Chanson. 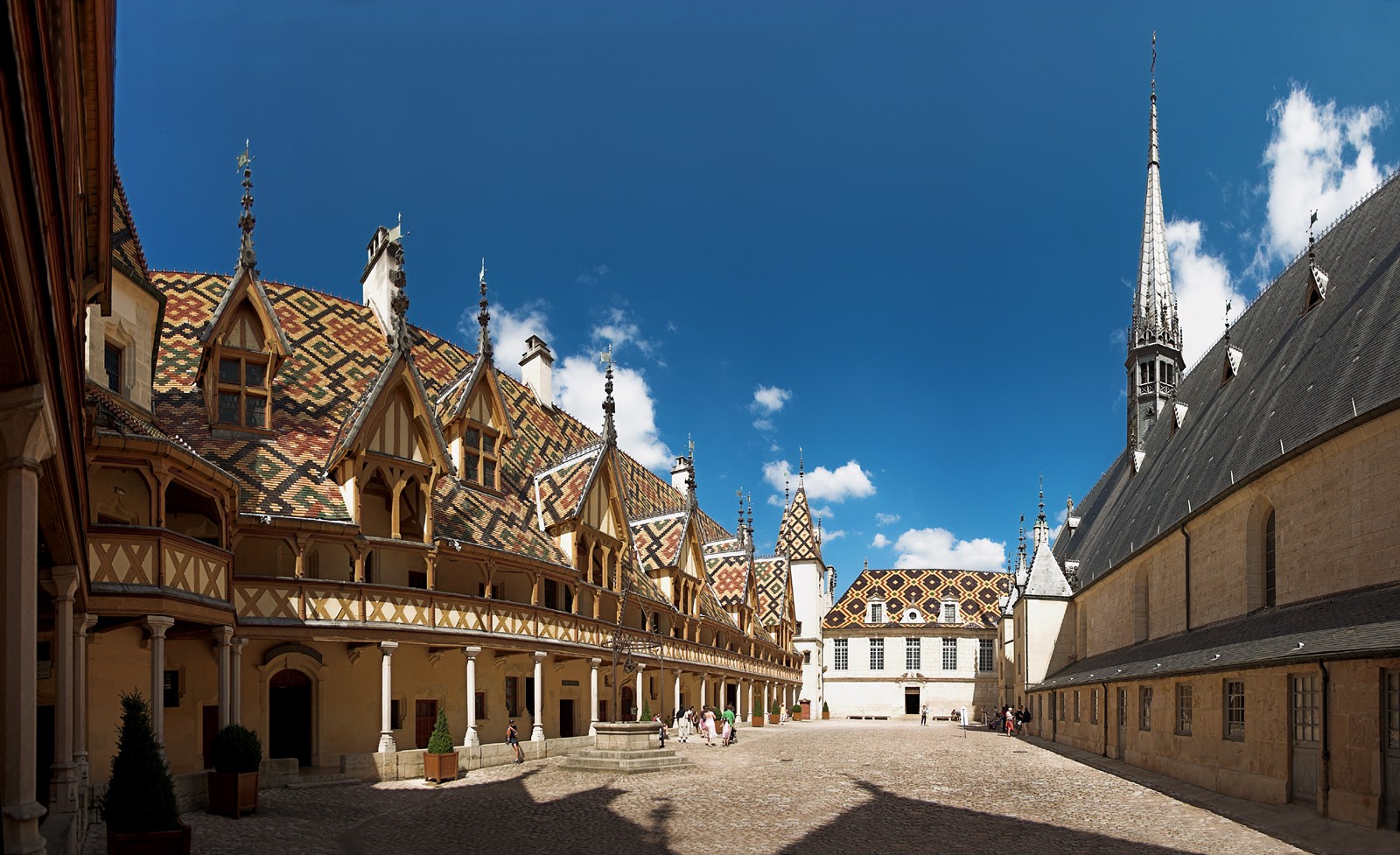 The wines have been auctioned off since 1859 and it is in the nature of things that the hammer prices are often higher than their actual value. After large fluctuations in quality, a new cellar was built behind the Hôtel-Dieu and all wines were aged in new barrique barrels. Uniform labels were introduced in 1970. Wine production averages around 700 pièces (barrels of 228 litres) per year, i.e. around 1,600 hectolitres of wine (the old Hohlmaß cue was used in the past). Every year, on the third Sunday in November, the most famous auction in the world takes place in the market hall opposite the Hôtel-Dieu. This is one of three events within three days, known as the "Trois Glorieuse" (Three Glorious Days).

The buyers are dealers, restaurants, organisations and private wine lovers from all over the world. The proceeds of the auction will go to the hospital, which is equipped with the latest technology and whose former hospital rooms, chapel and art treasures are open to the public. The 2007 auction was the 147th auction since the founding year 1849, with a monetary record result, the 607 barrels yielding a total of € 3.8 million. The Saturday before, the famous wine brotherhood Confrérie des Chevaliers du Tastevin held a gala dinner at the "Clos du Vougeot". On Monday, the traditional lunch Paulée de Meursault, founded by Comte Jules Lafon in the 1920s, is held.