The Roman poet Quintus Horatius Flaccus (65-8 BC) received a comprehensive education in Greek and Roman literature. As a small scribe he met Vergil (70-19 B.C.) and like him became a favourite of Emperor Augustus (63 B.C. to 14 A.D.). His works are regarded as models of a completed "golden" Latinity, the term for the literary epoch of the period from about 60 BC to 40 AD, in which Roman poetry and prose reached the highest level of perfection in terms of content, language and form (other representatives were Julius Caesar, Cicero and Virgil). 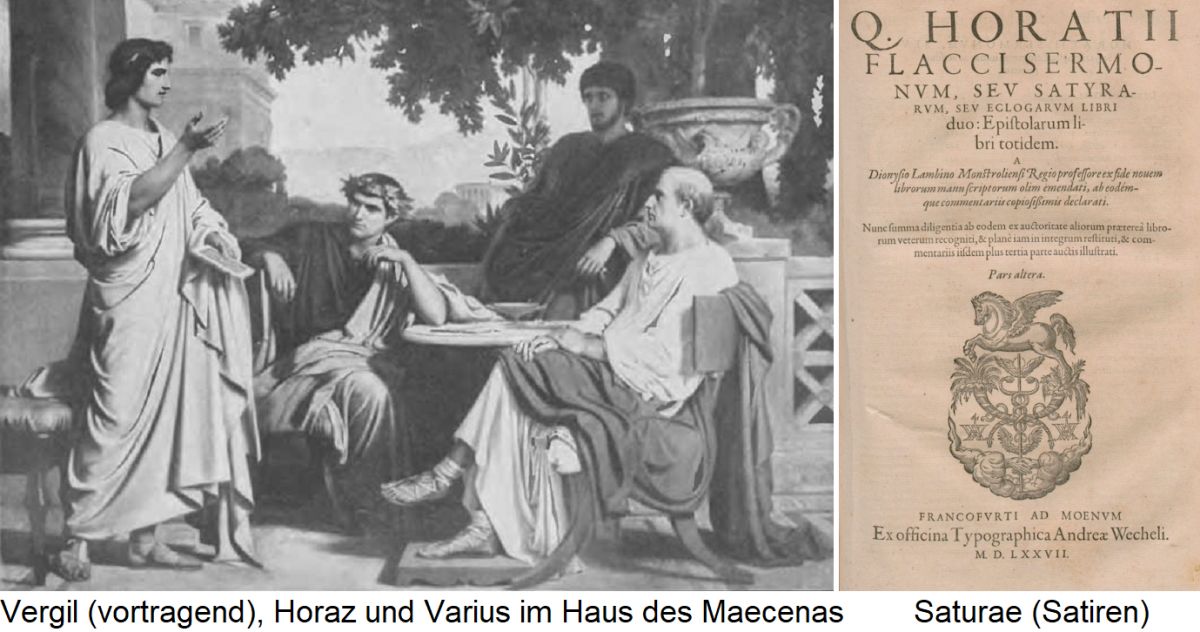 His nine books have been completely preserved. Wine is a central theme for him, he describes it with enthusiasm. Horace wrote many drinking songs and reflects on his death, through which he must bid farewell to his wine cellar with wonderful old wine. He describes the top wines of Rome at that time in connection with the occasion of pleasure, including the Campanian Caecuber from the coast south of Rome to celebrate the "sinking of the monster Cleopatra" (suicide of the Egyptian ruler in 30 BC). However, he could not afford what he considered to be the best wine, the Falernian, and said: "To spend a feast day with this would be the highest bliss". He believes that wine, as a source of poetic enthusiasm, is the drink befitting the poet. He recommends the honey wine Mulsum, popular with the Romans, before sumptuous feasts, "to wash the bowels". He also wrote the famous quotation "Carpe diem (Seize the day)". See also under Ancient grape varieties, Ancient wines, Satyricon and drinking culture.