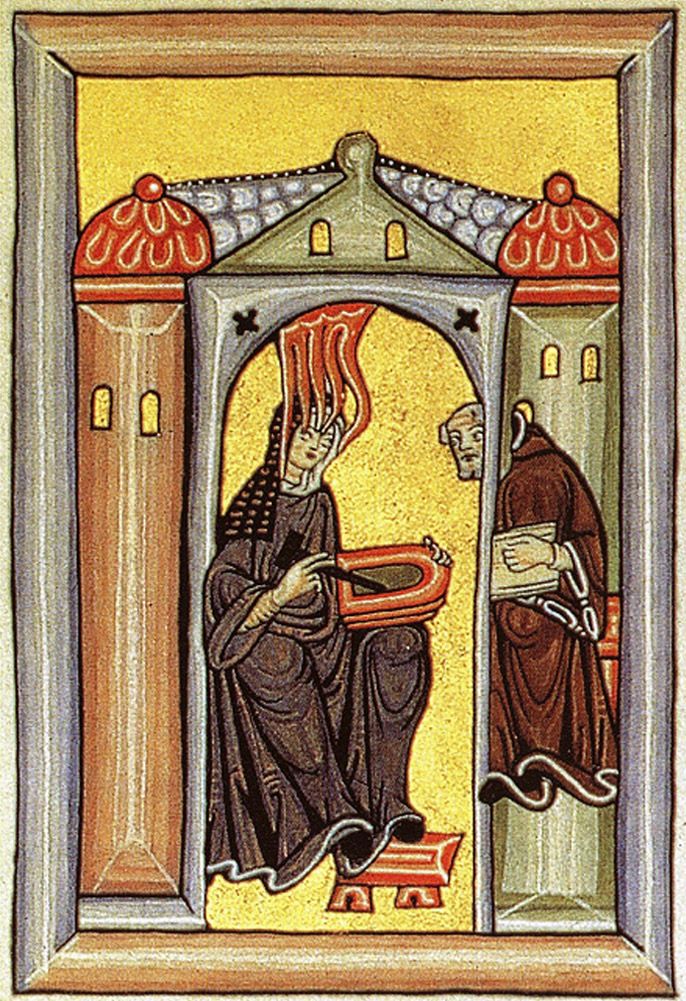 Hildegard von Bingen (1098-1179), who was later canonised, experienced visions of Christ in her childhood and entered the Disibodenberg convent of the Benedictine nuns early on. She was very versatile and was active as an artist, scientist, mystic, alternative practitioner and poet. Around the year 1150 she had the Rupertsberg convent near Bingen built at the mouth of the Nahe into the Rhine and settled it with 18 nuns. This was destroyed in 1632 during the Thirty Years War. Today's individual sites of Rupertsberg Abbey, Hildegardisbrünnchen and Klosterberg in the Bingen-Bingersbrück district of the Nahe wine growing region are a reminder of this.