The white grape variety comes from Spain. Synonyms are Gibi(Argentina); Augibi, Jubi Blanc, Maccabeu à Gros Grains, Panse Blanche, Passerille Blanche, Tercia Blanc(France); Mora Bianca, Pansale, Panzale(Italy); Mourisco Branco(Portugal); Alzibib, Aparia, Even de Yepes, Gibi, Laco Blanco, Lekel Aneb, Lekhal Aneb, Pansera, Torrontés(Spain). It was already mentioned at the beginning of the 16th century. It is assumed that it was introduced to Andalusia by the Arabs under the name Alzibib (Zibebe = raisin). According to DNA-analyses it was the parent in many presumably natural crosses and is therefore an important Spanish leading variety: 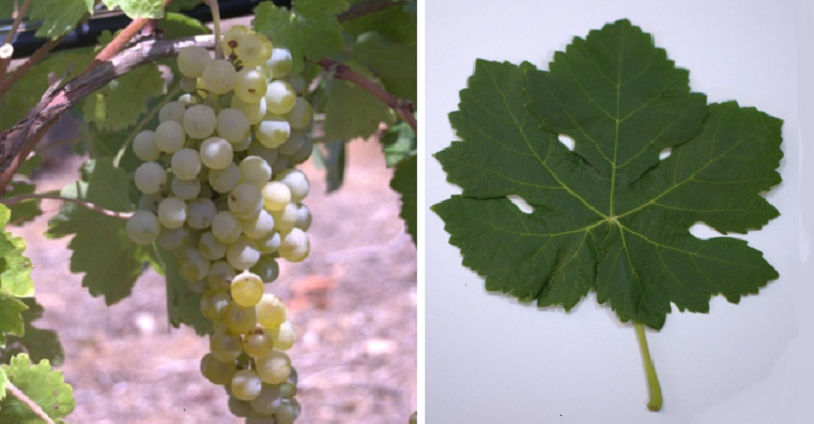 It is an all-female grape variety. It was formerly widespread in France and Spain, but is now only used here as a table grape. In Argentina, under Gibi, it is used as a wine grape and for grape juice. In 2010, a stock of 917 hectares was recorded here. Probably the Pansale cultivated in Sardinia is identical; however, no stocks were recorded under this name (Kym Anderson).