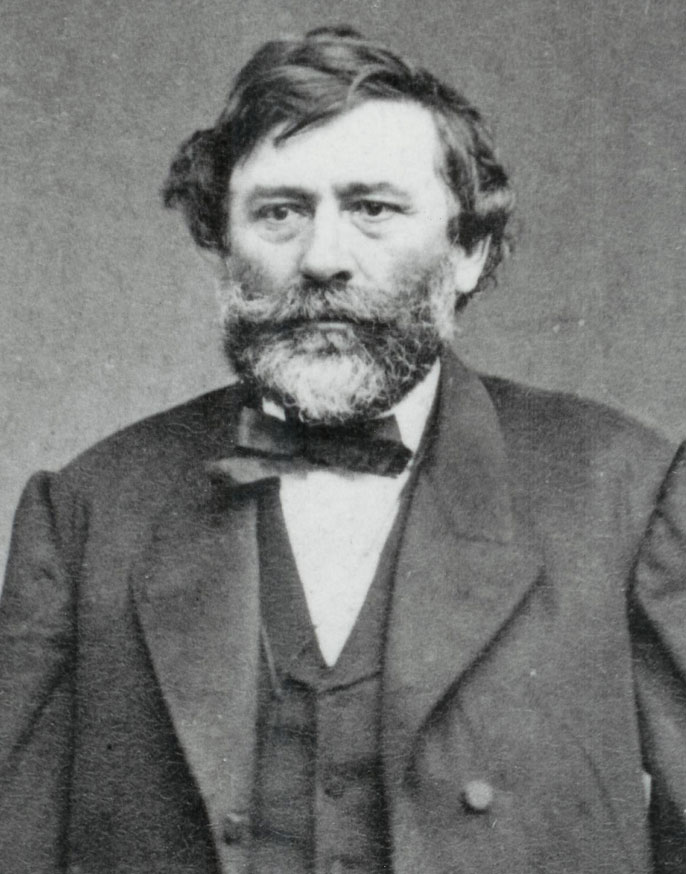 The nobleman Agoston Haraszthy de Mokesa (1812-1869), who was born in Austria-Hungary, is considered a Californian winegrowing pioneer. He joined the imperial guard in Vienna at the age of 18 during the Habsburg monarchy and made it as far as colonel. On his estate in Hungary he was engaged in viticulture and the breeding of silkworms. In 1840 he emigrated to America and later brought his family with him. In Wisconsin he planted the first vineyard in this US state and founded a city named after him, today's Sauk City. He also operated a steamship on the Mississippi. The news of the gold discoveries then lured him, like so many at that time, to San Diego in California in 1849. Here he speculated on land and one year later he became the first sheriff of the town. He was also involved in fruit, vegetable and grain farming, and ran a rental stable and butcher shop.