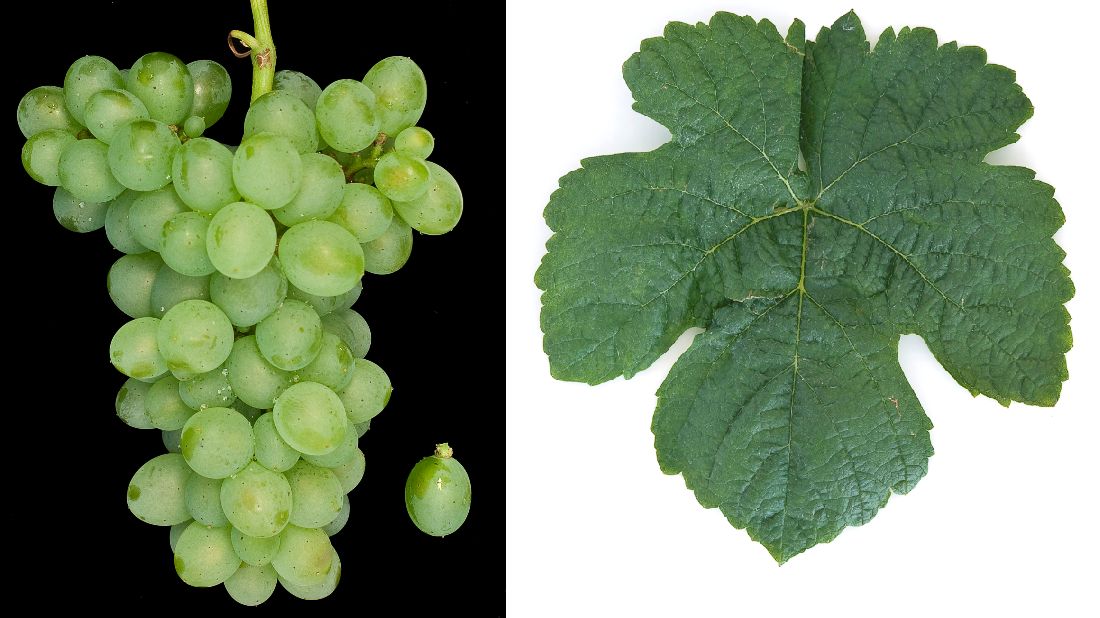 The variety is confusingly grown under different names, often with other varieties with similar names, in Spain and Portugal. Despite seemingly suggestive synonyms or morphological similarities, it should not be confused with the varieties Folha de Figueira (Prieto Picudo Blanco), Gouveio Real (Agodello), Verdejo, Verdello or Verdelho. According to DNA analyses, the Portuguese varieties Gouveio, the red-berried Gouveio Roxo mutated from it and the Verdelho (Verdelho do Dão) in the Dão area are identical. The latter, however, must not be confused with the "real" Verdelho in Madeira. According to DNA analyses carried out in 2013, Gouveio (Godello) is the result of a presumably natural cross between Savagnin Blanc (Traminer) x Castellana Blanca. However, this is based on only 20 DNA markers (see molecular genetics). It is a parent of the varieties Donzelinho Branco, Donzelinho Roxo, Donzelinho Tinto and Tinta Bragao.