A spirit drink distilled mostly from cereals or sugar cane molasses; the Dutch genever is considered the precursor. The name is derived from the French "genévrier" (juniper). The characteristic taste is created by flavouring with coriander and juniper berries (genever). However, depending on the manufacturer, around 120 different flavouring substances are used, such as ginger, nutmeg, orange peel and paradise apple seeds. The flavouring can be added both during distillation and afterwards. The well-known British brand Gordon's London Dry Gin, created by the Scotsman Alexander Gordon, has been produced since 1769. The alcohol content must be at least 37.5% vol. Gin is also a popular ingredient of cocktails, including the famous Martini and the long drink Gin Tonic. 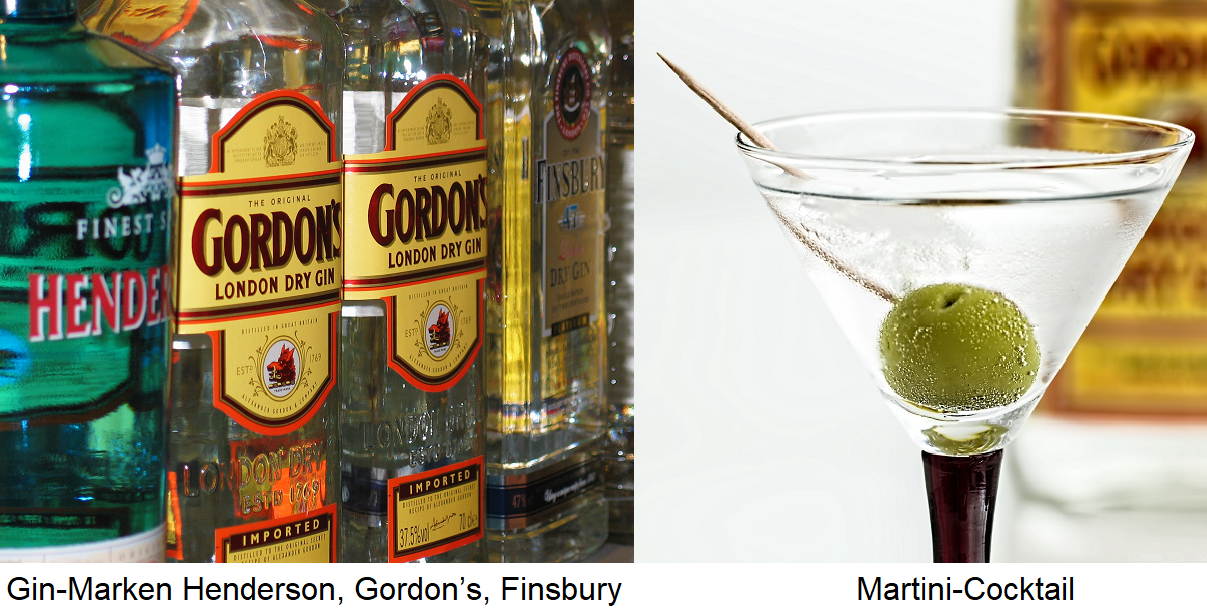