Legendary king of Uruk on the banks of the Euphrates, who lived around 2700 BC. The city of Uruk (mentioned in the Old Testament of the Bible as Erek) was the centre of Sumerian culture in the 3rd millennium BC (today the ruins of Warka in southern Iraq). At that time the Sumerians ruled a large part of Mesopotamia. They were organized into city-states and were the forerunners of the later empires of Assyria and Babylonia. Gilgamesh is the central hero of numerous Hittite, Sumerian and Akkadian poems. 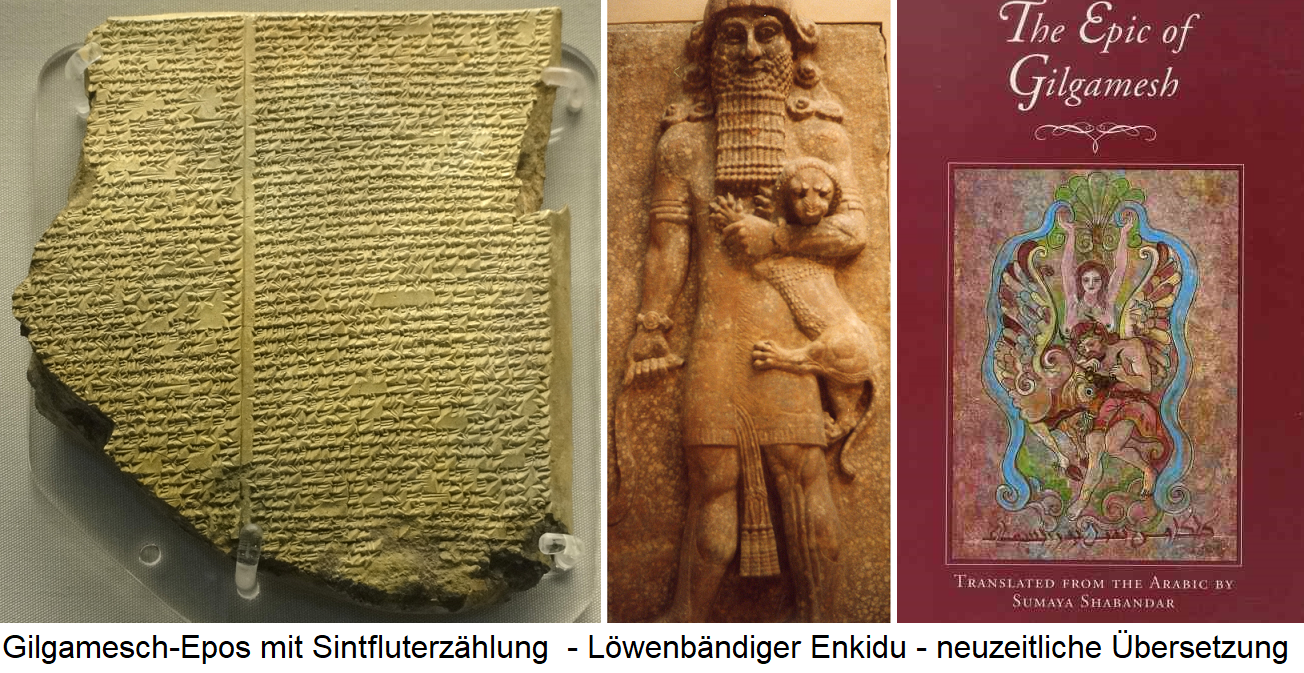 The poet Sin-leqe-unnini created from it in the 12th century B.C. the work that is today known as the epic of Gilgamesh. It is the first written literary work of mankind. Some motifs from it later entered the legends, fairy tales and religious works of many peoples, including the Flood with the hero Utnapishtim (the Noah of the Bible). The largest part of the text that is still preserved comes from the large clay tablet library that the Assyrian king Assurbanipal (668-625 BC) had built in the capital Nineveh. It is written in cuneiform on twelve clay tablets. In the year 1849, the old Nineveh was discovered and four years later also the clay tablets that are today owned by the British Museum in London. Gilgamesh reigned shortly after the Flood. He is two-thirds god and one-third man and is described as "superior, handsome, knowledgeable and wise". He ruled over his people as an absolute tyrant. Thus, for example, he claimed the "right of the first night" (ius primae noctis) often mentioned by potentates