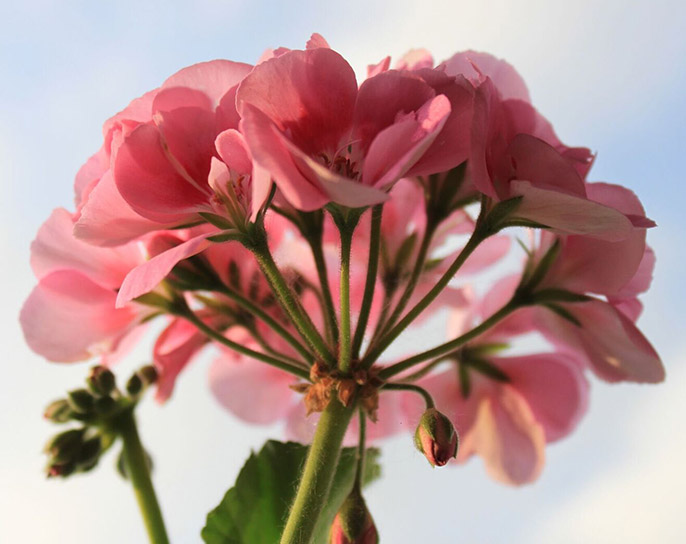 Unpleasantly bitter, earthy and rancid smell and taste of ground leaves and flowers of geraniums (popularly known as pelargoniums), which is caused by the reaction of the preservative sorbic acid with bacteria such as acetic acid or lactic acid bacteria. The wine defect can occur for example during malolactic fermentation (BSA), where lactic acid bacteria are active. The problem first appeared in the second half of the 20th century, when it became common practice to add sorbic acid to grape must or wine.

This is converted into 2-ethoxy-3,5-hexadiene by reaction with ethanol (alcohol) when bacteria are present. Even the smallest amounts of this very intensive tasting substance in a ten billionfold dilution are clearly perceptible as a geranium tone. It is almost impossible to eliminate the problem, not even with activated carbon. The error can only be prevented by great cellar hygiene, possible sources of spreading are contaminated containers (fermentation vats, barrels, bottles), hoses and bottling plants. See also under wine faults.