The Near Eastern state (formerly Grusinia) east of the Black Sea in Transcaucasia is one of the oldest wine-growing countries. It is also mentioned as the origin of the cultivated grapevine, but according to recent research in what is now Turkey, it is assumed to be in south-east Anatolia (arrow). According to the bible, it landed on Mount Ararat after the end of the Flood Noah. According to one hypothesis, the 5,000 year old clay jugs found near the town of Wani in Imeretia are said to have contained seeds of the Rkatsiteli vine. Grape seeds from vines cultivated as early as 7,000 years ago indicate that they were selected for the breeding of better grape varieties. Archaeology has provided evidence that viticulture was very important in ancient times and was an integral part of Georgian culture. In the museum of the capital Tbilisi (Tbilisi) there is a short piece of vine wood covered with silver, which was found in Trialeti in the south and whose age was determined to be 3,000 BC. Numerous vine knives, stone-stones, mills, clay and metal vessels, as well as jewellery in the form of grapes and vine leaves, dating from between 3000 and 2000 BC, have been excavated in Mukheta, Trialeti and Pitsunda and in the Alazani Valley. 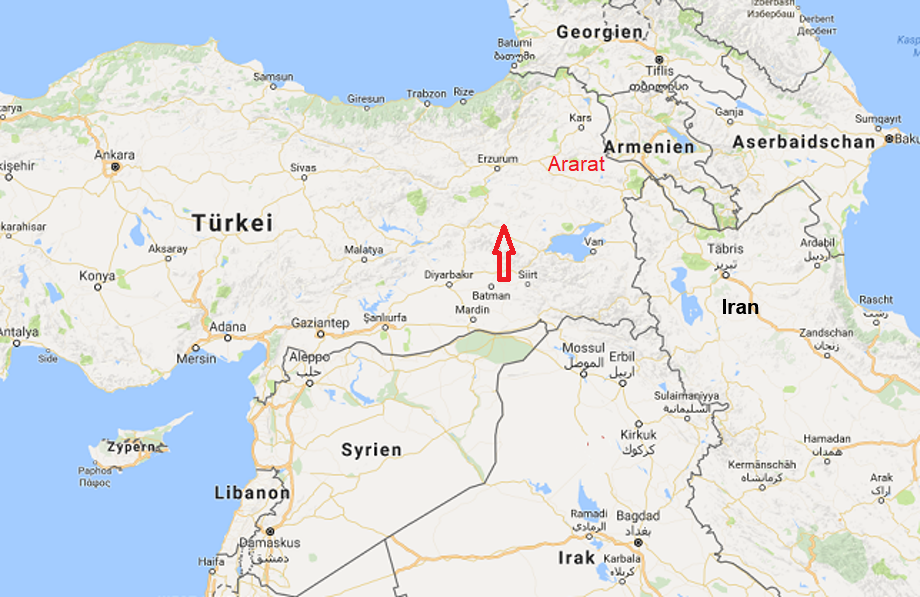 Rich ornaments with fruit-bearing vines can be found on the walls of temples in the towns of Samtavisi, Ikalto, Gelati, Nikortsminda, Vardzia and Zarmza. In a poem by the Greek scholar Apollonius of Rhodes (3rd century B.C.), librarian of the famous library in Alexandria, in his work "Argonautica", it is said that the Argonauts (heroes of Greek mythology), on their arrival in the capital of Colchis, saw vines growing at the entrance of the Royal Palace and a fountain of wine in the shade of the trees. Georgian legends testify to the love of the vine. Georgia adopted Christianity in the fourth century. The first cross was allegedly made by vines to demonstrate Christian religion and vine as the country's most sacred goods. For many centuries, viticulture was of great economic importance in Georgia and finally reached an absolute peak in the Middle Ages.

After the Second World War, Georgia developed into an important supplier of wine in the USSR, with the emphasis on mass. By 1985, the vineyards had increased to 125,000 hectares. Then there was a major setback due to the anti-alcohol campaign under Mikhail Gorbachev (*1931), when 40,000 hectares of vineyards were cleared and replaced by melon cultivation. At the time of independence from 1991, 75% of production was exported to Russia. In 2006, however, there was an import ban (of Moldavian wines, by the way), which was justified by Russia with the inedibility of Georgian wines due to contamination with pesticides and pollutants. On the part of Georgia this was seen as a politically motivated action against the new pro-western government. The Georgian wine industry was massively affected by this. The embargo was lifted at the end of 2011.

In 2012 the area under vines was 48,000 hectares, with a downward trend (in 2000 it was 76,000 hectares). Of this, only 830,000 hectolitres of wine were produced (see also under Wine Production Quantities). About two thirds are planted with red wine and one third with white wine varieties. Wild vines are still very common in Georgia; the species Vitis vinifera sylvestris is still present here. There are over 500 autochthonous grape varieties, but only about 10% of these are authorised for viticulture. There is a vine nursery in Sakar. The grape variety mirror 2010:

Under the wind-protecting influence of the towering Caucasus there are ideal climatic conditions for viticulture. However, the country is characterised by a great variety of soils and climatic conditions. The climate ranges from temperate to subtropical. There are five wine growing regions. The most important as the easternmost part of Georgia is Kakhetia with the capital Telavi. The vineyards are mostly located on the slopes of the rivers Alazani and Iori. This is the home of the traditional Kakhetian winemaking with clay jugs buried in the earth (Kvevris). The climate is temperate, the average annual rainfall is between 400 and 800 mm. Calcareous soils predominate. Here 70% of the grapes for wine and distillates grow. Kakheti is divided into three growing areas and over 25 sub-areas or appellations, for example Achasheni, Akhmeta, Gurdzhaani, Kindzmarauli, Kvareli, Manavi, Mukuzani, Napareuli, Sagaredzho, Signagi and Tsinandali.

The Kartlien region is located in the centre of the country in the Kura Valley and encloses the lowlands of Gori and Mukhran. It is here that the basic wines for sparkling wine and spirits are produced, which account for 15% of Georgian production. There is moderate climate, summers are hot and dry. Due to low rainfall, averaging 350 to 500 mm, artificial irrigation is necessary. Here lies the capital Tbilisi with huge sparkling wine cellars and distilleries. The oldest winery, founded in 1897, has a unique wine collection with about 1,600 wines (about 150,000 bottles), among which are also very old foreign products of very old vintages. These are, for example, Cognac from 1811, Malaga from 1820, Marsala and Madeira from 1822, Sherry from 1848 and Tokajer from 1846.

The region of Imeretia is located in western Georgia in the valleys of the Rioni, Kvirila and other rivers on alluvial soils. Here, too, there is a traditional winemaking in jugs, similar to the cachet method. The Racha-Lechchumi region is located north of Imeretia on the banks of the Rioni and Tskhenistskali rivers. Moderate rainfall, southern exposure and a number of autochthonous grape varieties yield grapes with high sugar content. The Khwanchkara sub-region is famous for the favourite wine of Josef Stalin (1878-1953). And the fifth region includes the western landscapes of Abkhazia, Ajaria, Guria and Mingrelia. In the subtropical climate prevailing here, mainly sweet wines are produced.

Informations about "Georgia" in wein.plus Wine Guide
This page was last modified at 10 December, 2019 at 04:32.