The red grape variety comes from Italy. Synonyms are Albanella Gentile, Brugnera, Brugnola, Canèna, Canina Nera, Cannina, Costa d'Oro, Forcella, Fortana Nera, Oliva, Orzese, Uva Canina, Uva Cornetta, Uva d'Oro di Comacchio, Uva Francese Nera, Uva Vecchia(Italy); Rapa(Switzerland). According to Wine Grapes, Canina Nera, which is mentioned in the VIVC catalogue as an independent variety, is identical. Although it appears to have synonyms or morphological similarities, it should not be confused with the Brugnola, Drupeggio (Canina) or Mazzese (Orzese) varieties. According to legend, it is said to come from the Côte d'Or in Burgundy, which could also be indicated by synonyms. According to the legend, the vine was cultivated by the daughter of King Louis XII. (1462-1515) to the duchy of the Este family in Emilia-Romagna. However, this hypothesis was disproved by DNA analyses. In any case, the vine was already mentioned in 1550 as the "Golden Grape" (Uva d'Oro). 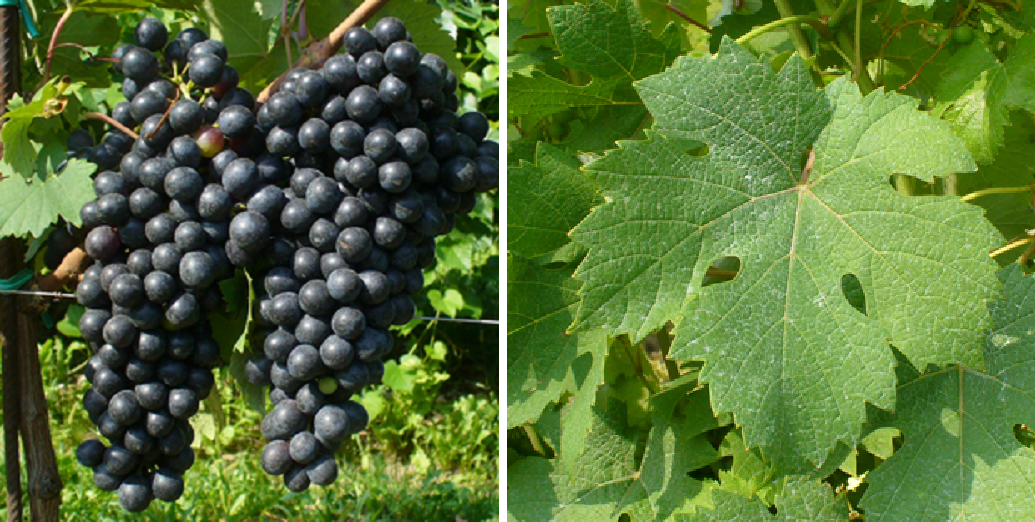 According to DNA analyses carried out in 2005, the Canina Nera and Rapa (from the Swiss canton of Ticino), which were previously considered independent varieties, are identical. There is a parent-offspring relationship with Lambrusco Maestri and a close relationship with Malbo Gentile. The late ripening, high-yielding vine is susceptible to powdery mildew. It produces acid and tannin-rich red wines with fruity aromas. The variety is mainly cultivated in Emilia-Romagna. There it is permitted for example in the DOC wines Bosco Eliceo, Lambrusco Grasparossa di Castelvetro, Lambrusco Mantovano and Lambrusco Salamino di Santa Croce. In 2010, a total of 642 hectares of vineyards were registered in Italy, with a strong downward trend, as ten years earlier it had been about twice as much (Kym Anderson).