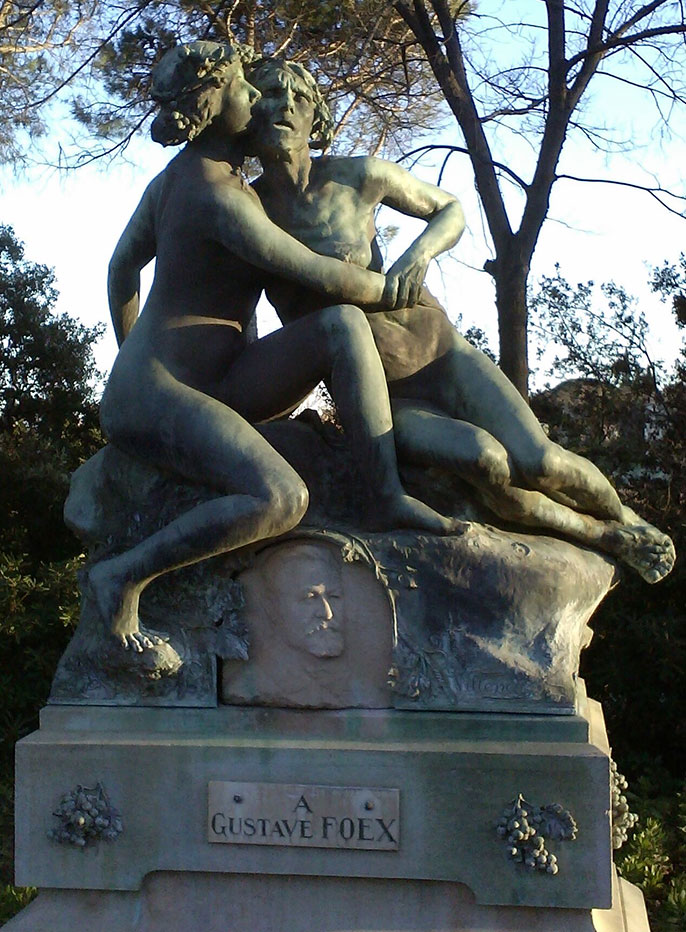 Gustave Louis Emile Foëx (1844-1906), a French scientist and professor of oenology, was the first director of the "École Nationale Supérieur Agronomique" in Montpellier (Languedoc). Among other things, he was involved in the fight against mildew and phylloxera and created the "333 EM" rootstock in 1883. As early as 1868, he argued that phylloxera could not have originated in Europe, as it would have wiped out the continent's vines or viticulture long ago. Rather, it must have come from a country where it lived as a parasite on plants that had adapted to the pest.

This assumption was then confirmed by the French botanist Jules Émile Planchon (1823-1888) during a study trip to North America in 1873, where he met the entomologist Charles Valentine Riley (1843-1895), who proved that the French insect was identical to the American one. Together with Pierre Viala (1859-1936), Foëx was the author of the works "Le Mildiou ou Peronospora de la vigne" (Downy mildew) and "Ampélographie américaine" (American vines). The picture shows a monument on the campus of the University of Montpellier in honour of the scientist. See also under winegrowing personalities.