Designation (also high bottle) for the bottle shape most commonly used for white wines in Austria, Germany, Switzerland and Alsace. The slender bottle with an elongated neck is between 300 and 375 millimetres long. A special shape used in the German Rheingau is called the Rheingauer flute. In France, the mallet bottle commonly used in Alsace is called the flute, and the internationally common name for this bottle shape is "Renana" (German: "Rheinische"). The rather similar Burgundy bottle is more pot-bellied and also has a shorter neck. The Sachsenkeule has a cone-like shape. And the bottle used by the Hungarian Tokajer is called the club bottle. In contrast, the cylindrical Bordeaux bottle has only a very short neck with pronounced shoulders. See also under Bottles and Wine Vessels. 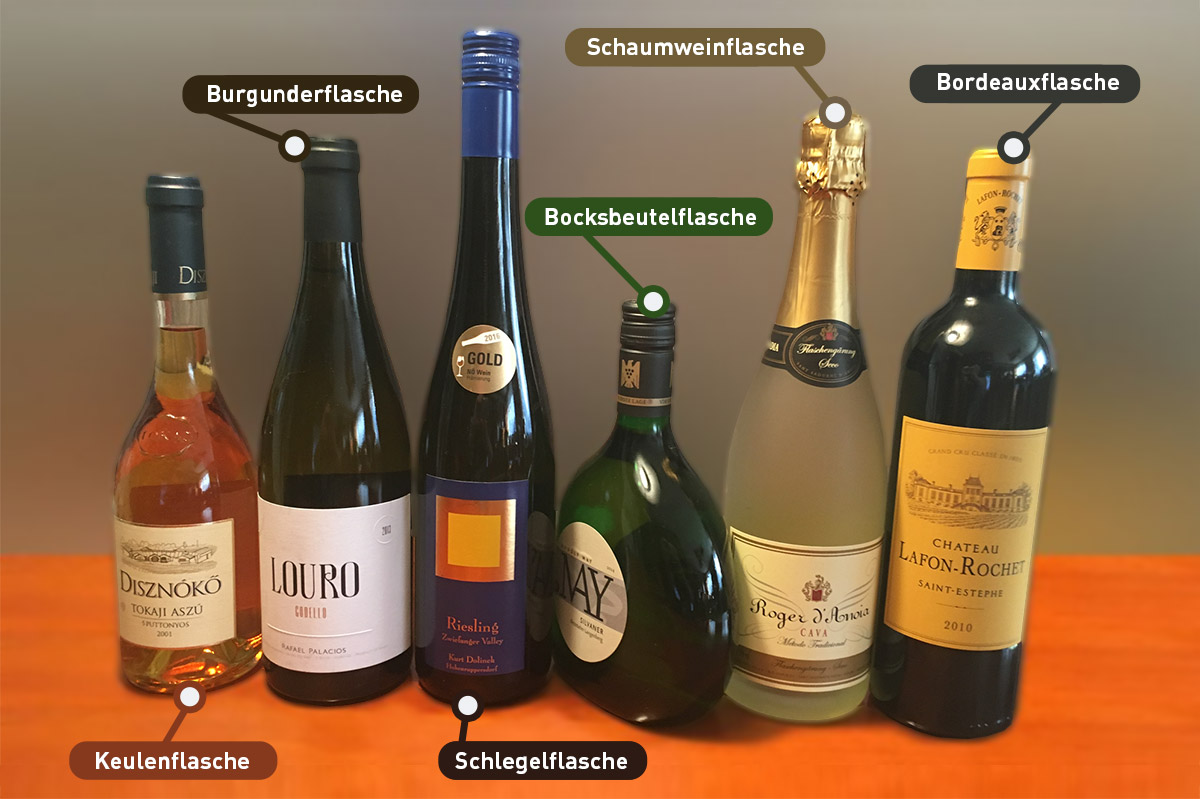