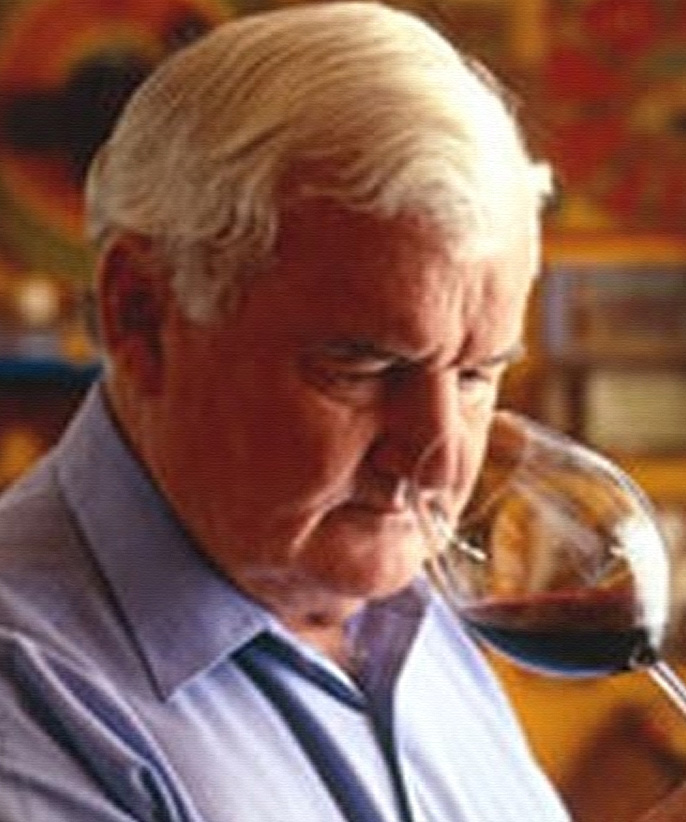 Born in Felixtowe-England, Leonard Paul Evans (1930-2006) was one of the most important personalities in Australian viticulture. He is equally famous as a wine author, designer and presenter of radio and television programmes on the subject of wine, wine critic, judge and tireless promoter of Australian wine. After a brief career as a professional golfer, he emigrated to New Zealand in 1953.

Two years later he came to Sydney in Australia and from 1965 onwards he was a promoter for the "Australian Wine Board". He vehemently advocated a new direction in Australian wine drinking habits and promoted dry table wines instead of the sweet, fortified dessert wines common at the time. From the late 1960s he began writing books and articles and in 1969 founded Rothbury Estate in the Hunter Valley (New South Wales), which became famous for its Sémillon and Chardonnay wines. At the same time he opened a restaurant and gourmet club in Sydney.

Len Evans also created Options, a wine quiz that is immensely popular in Australia, and he uses it to organise charity events. In the late 1970s, with the financial help of his partner Peter Fox, he bought a number of wineries in Graves and Sauternes (France) and Napa Valley (California), which were run under the umbrella of the Evens Wine Company. After the early death of Peter Fox, the company got into major difficulties, with only the two wineries Rothbury Estate and Petalume Winery remaining from the empire. The former was taken over by Mildara Blass in 1995 despite bitter resistance from Evans. Evans retired and devoted himself to the remaining "Evans Family Wines" in the Hunter Valley, where he produces an excellent Chardonnay. In 1991 he received the coveted O'Shea Award for his great services to Australian viticulture. He was also awarded the Order of the British Empire and in 1994 he was appointed Chevalier de l'Ordre du Mérite Agricole. In 2001, he founded the Len Evans Tutorial, a non-profit educational institution for wine tasting jurors.