The Spanish friar and writer Francisc (Francesc) Eiximenis (1340-1409) entered the Order of Franciscan Friars Minor in Barcelona around 1350. One year before his death he became Bishop of Elna in what is now Roussillon (France). He is counted among those authors who have been most read, copied, published and translated. Thus he had great influence in the literary as well as in the political field. On the cover of his book "Regiment de la cosa pública", published in 1499, he is depicted with the book in his hand. His most famous work is the encyclopaedia "Lo Crestià" (The Christian) about the Christian life, of which one page can be seen on the bottom right. Of the 13 planned volumes, however, only four were completed. In the third book, "Terc", he deals in great detail with drunkenness and lays down strict standards for "decent wine drinking" in terms of quantities and table manners. Everyone should have his own cup in his hand, which he used to oppose the custom of walking around with a hobble for hygienic reasons. 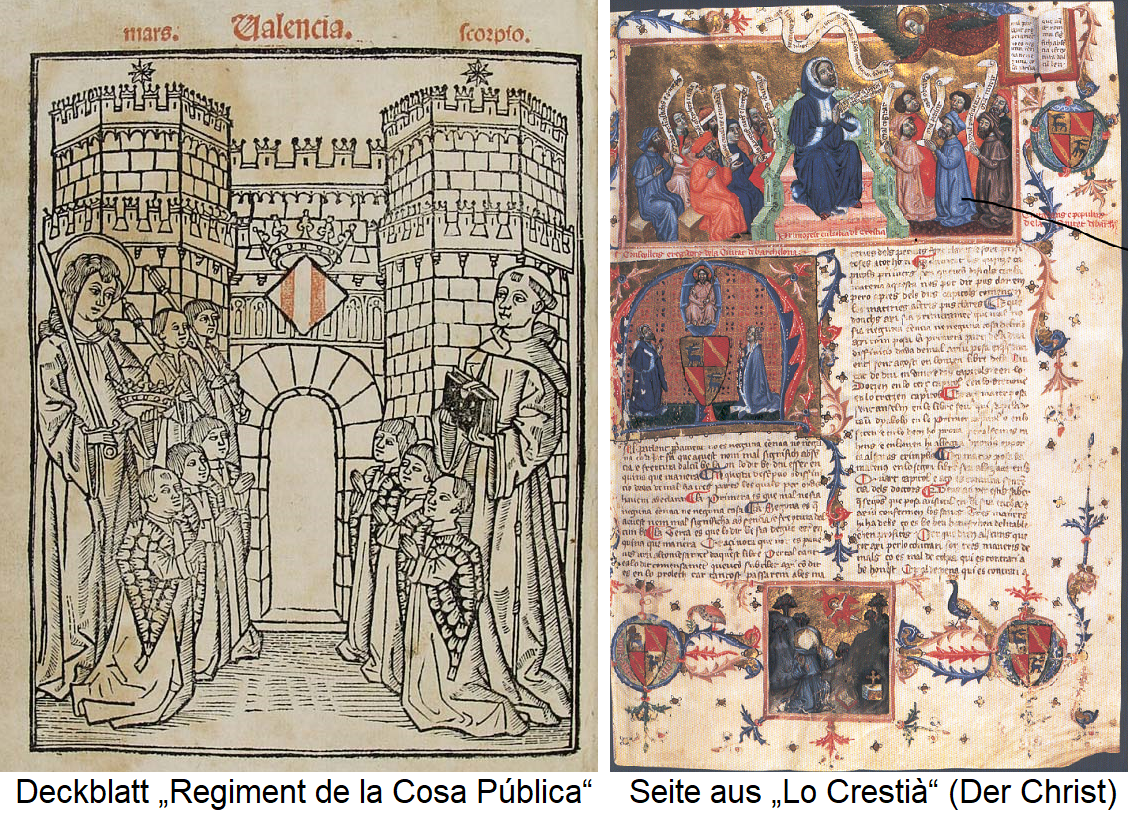 The author is aware of the positive health-promoting properties of wine with limited enjoyment, but he strongly moralises moderation and believes that drunkenness leads to all imaginable vices. As a measure, he specifies three cups for lunch and three for dinner, but in no case more than four. Drinking between meals is not allowed. Only his Catalan compatriots adhered to this reasonable measure; all other peoples except the Italians drink far too much. Eiximenis recommends strong, sweet white wines (especially malvasia) from the Mediterranean region from the islands of Crete and Mallorca, which were then shipped via the Greek port of Monemvasia. He clearly prefers Italian wines to French ones and mentions a "Tribia" (possibly Trebbiano) as an example. He strongly advises to mix strong wine with water and mentions as an example the Spanish Priorato from Tarragona (Catalonia).