Viticulture in Egypt is already many thousands of years old, even if this area is not counted among the cradles of viticulture like Mesopotamia or Transcaucasia. An early Egyptian wine culture is attested by numerous paintings in burial chambers with wine motifs and depictions of wine production. Such finds date back to the 5th Dynasty, i.e. to 2500 BC. In the painting of the tomb of Chaemwese in Thebes around 1450 BC, various wine-making steps such as the grape harvest and fermentation in containers, as well as the loading of a ship with amphorae are depicted: 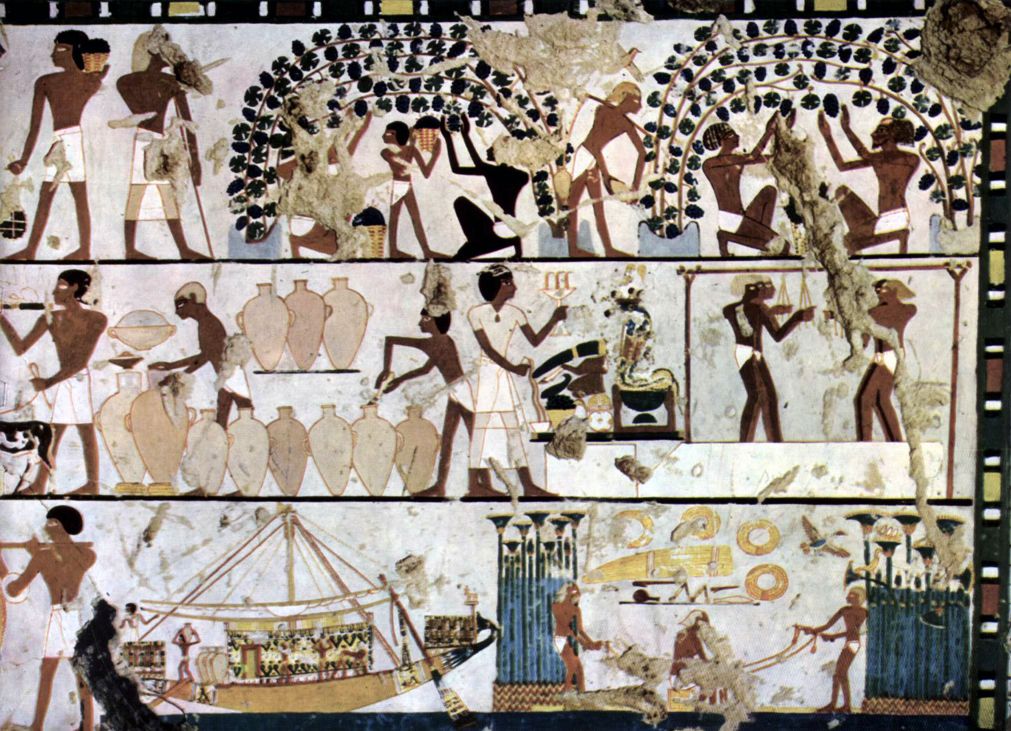 Other paintings show the treading of grapes with feet, with workers holding on to poles attached just above head height. Most of the finds come from Luxor in Upper Egypt, the ancient capital of the empire, called "hundred-gated Thebes" by the Greeks. A vineyard is described in inscriptions from the tomb of Metjen, a high official in the 4th Dynasty (2620 to 2500 BC). This official owned a large complex of vineyards in Sakkara in the Nile Delta, which are described in the inscription as follows: A very large pond was made, figs and grapes were planted. Trees and grapes were planted in large quantities and a lot of wine was made from them.