Even experts are diametrically divided on this procedure, which is optional before drinking wine. In principle, there are three different directions: 1. wine must be decanted because it needs to "breathe", i.e. come into contact with oxygen, in order to optimally develop the aromas. 2. According to scientific findings, decanting has no effect at all and is therefore of no significance. 3. Decanting a wine is even harmful and damages its quality. So what is objectively correct? The only thing that is clear is that even recognised experts have divergent opinions. The famous French oenologist Émile Peynaud (1912-2004), one of the most important wine tasters and scientists in this field, is a clear decanting opponent and said: If it is necessary to decant at all, then one should do it at the latest possible moment, namely immediately before enjoying the wine. 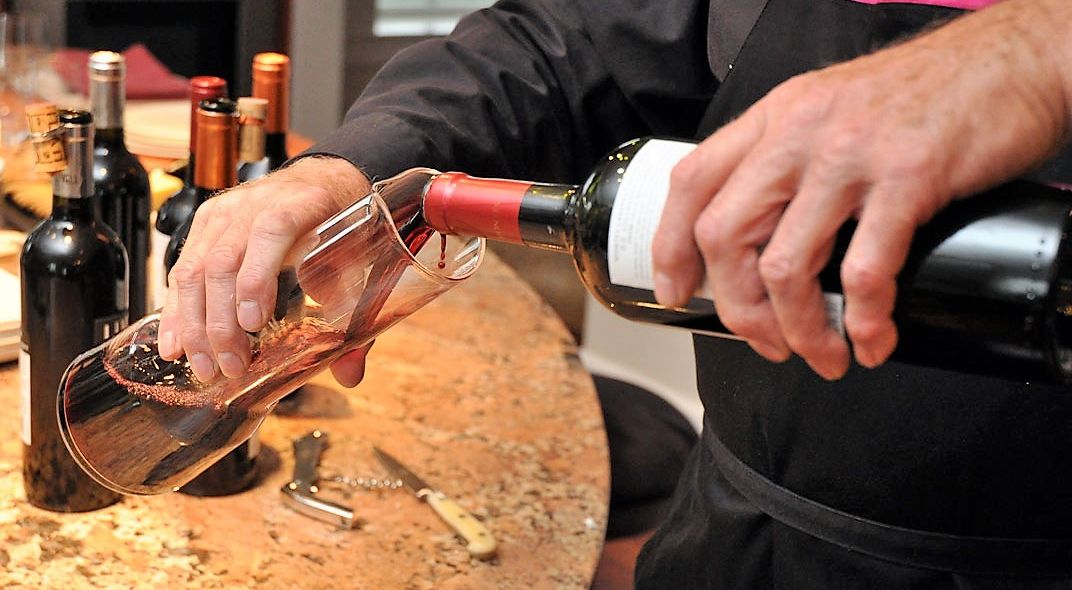 Peynaud even thinks that the influence of oxygen has fundamentally negative effects, causing a diffuse aroma of the wine and the flavour substances to evaporate. With most wines, decanting does not help at all. After countless experiments with a wide variety of wines, Peynaud summarises as follows: With old wines, the bouquet is reduced more or less quickly and the wines "die in the decanter". High-quality wines with long barrel ageing and varietal wines lose bouquet, body and personality if they are decanted several hours before consumption. In contrast, decanting can be beneficial for wines with odour defects or foreign flavours

The British oenologist Michael Broadbent (1927-2020) was also of the opinion that decanting or adding air only makes sense for young wines (red wines), less so for older ones and not at all for old ones. In his opinion, especially old wines that are not outstanding in terms of quality and have less character are at risk, because they can decompose and turn into vinegar within a short time (hours to minutes) due to oxygen contact. He does not see this quite as extremely as Peynaud, but attributes relatively little effect to decanting. At best, the wines become somewhat softer (which can also be a disadvantage). Wine author Hugh Johnson believes that decanting definitely changes a wine. Whether to the advantage or disadvantage depends, in his opinion, on the wine and on personal taste.

Scientific studies carried out in the USA have shown that decanting has no demonstrable influence on the wine, because an enrichment with oxygen only takes place - if at all - on the surface. It is often cited as "proof" that a wine that has been under the "influence of oxygen" for a longer period of time differs from a wine enjoyed...