Single location in the municipality of Oestrich in the German Rheingau growing region. The name is derived from "Dachsberg", as the predominant loess soils are particularly suitable for the numerous badger buildings that used to be found here. The south- to south-west-facing vineyards at an altitude of 90 to 150 metres above sea level with a slope gradient of 5 to 27% comprise over 100 hectares of vineyard area. The eastern, higher-lying area forms a hilltop from where the vineyards slope to the southwest. The soils consist mainly of deep loess and loess loams, interspersed with quartzites and gravel. They have a good water retention capacity, especially in the lower part of the site. Here there is a constant wind, which is particularly favourable in autumn, because it allows the humidity of fog or rain to dry off, thus protecting the grapes from fungal attack. The Riesling variety in particular is cultivated here. Shares in the vineyard are held, for example, by the vineyards Brueder Eser, Dr. Corvers-Kauter, Eser August, F.B. Schönleber, Privy Councillor J. Wegeler Erben, Hirschmann Christoph, Kühn Peter Jakob, Querbach, Rothenbach Fritz and Spreitzer Andreas & Bernd. 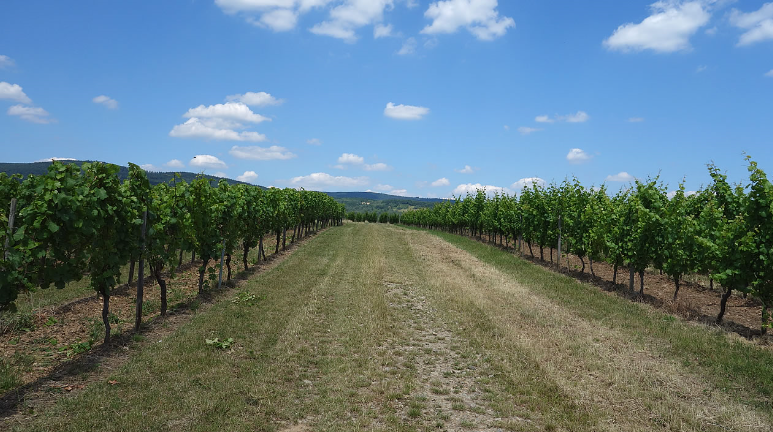