Single location in the municipality of Mußbach (Neustadt/Weinstrasse, area Mittelhaardt-Deutsche Weinstrasse) in the German wine-growing region of the Palatinate. There are no special interpretations about the origin of the original name, but the donkey symbol is omnipresent in the community. Among other things, a vertically positioned barrel base at the eastern entrance to the village shows the image of a donkey and in summer there is a donkey skin festival, at which a living donkey is also shown around. The south-southeast facing vineyards with a slope of 5 to 10% comprise 287 hectares of vineyards. The soils consist of clay, sand and loess.

The best plots of the very inhomogeneous location due to its enormous size are located in the middle section. These include the three Gewanne Am Rothenstein, Beim Steinernen Bild and Dreißig Morgen, which are registered as cadastral sites in the vineyard register. The vineyards Bergdolt St. Lamprecht, Christmann Arnold, Kaub Karl-Heinz, Müller-Catoir, Ohler Johann, Weegmüller, Weik Bernd and Ziegler August, for example, have shares in the site. 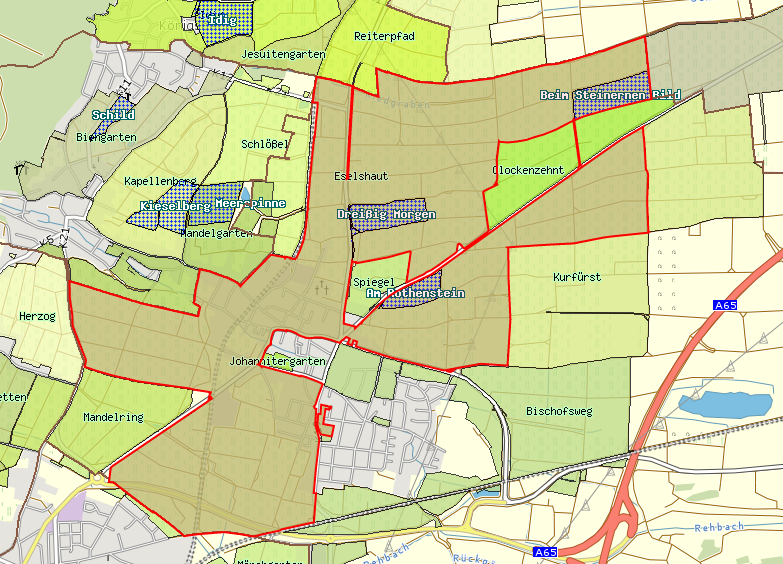