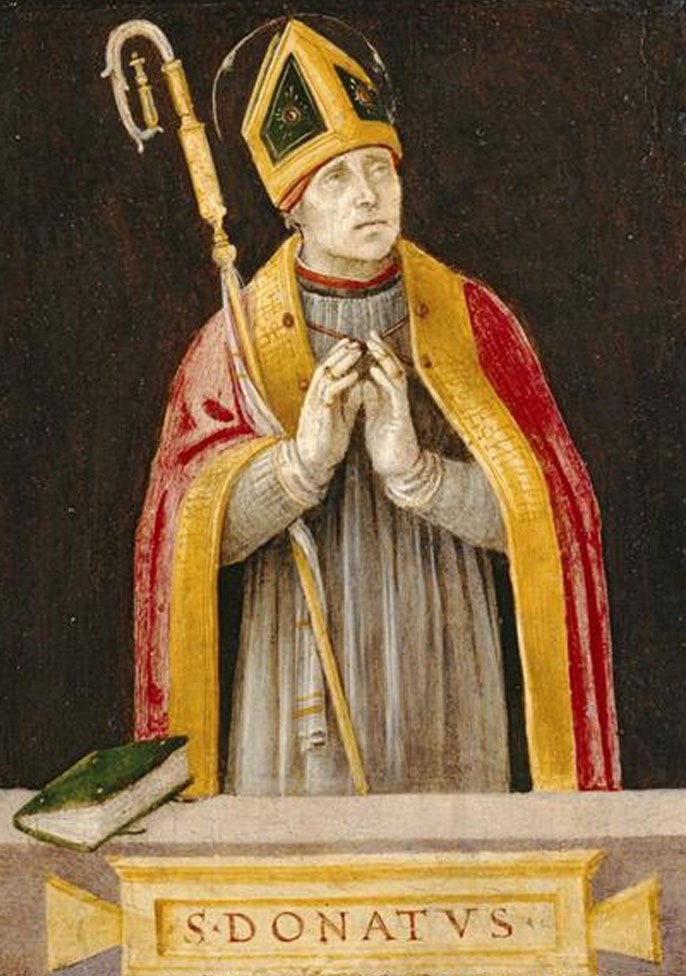 Saint Donatus of Arezzo (300-362) was born in Rome and died as a martyr in Arezzo (Tuscany) under Emperor Julian Apostata. The name means "The Gift", his day of remembrance is August 7th. He lost his parents in a persecution of Christians and was taken in by the Bishop of Arezzo. He was ordained lector, deacon and priest and after the death of the bishop himself became Bishop of Arezzo.

He is said to have performed numerous miracles, for example, he overpowered a dragon that poisoned the well and miraculously reassembled a broken chalice. The Hungarian bishop of Eger consecrated the statue of St. Donatus in 1716 and asked him to protect the vineyards of the region.