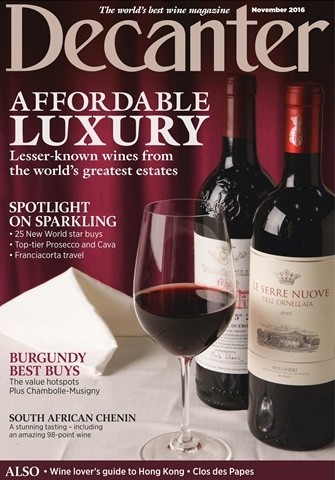 The English wine magazine with the self-definition "Decanter - the world's best wine magazine" was founded in London in 1975. It is part of the IPC-Media magazine group. Since 2007, the journalist and TV commentator on wine, Guy Woodward, who previously worked for the magazine, has been editor-in-chief. The content includes news from the wine and spirits industry, a wine guide and wine reviews according to the 5-star system by Michael Broadbent, who also provided a monthly contribution for a long time.