The red grape variety is a new variety between Madeleine Angevine x Teinturier(Teinturier du Cher) according to DNA analyses published in 2012. The parentage Blue Portuguese x Teinturier indicated by the breeder has been found to be incorrect. Synonyms are Froelich V 4-4, color grape Froelich and purple. The crossing was made by the private breeder Gustav Adolf Froelich (1847-1912). For many decades the variety remained unnoticed and was used as "Froelich V 4-4" in breeding stations. 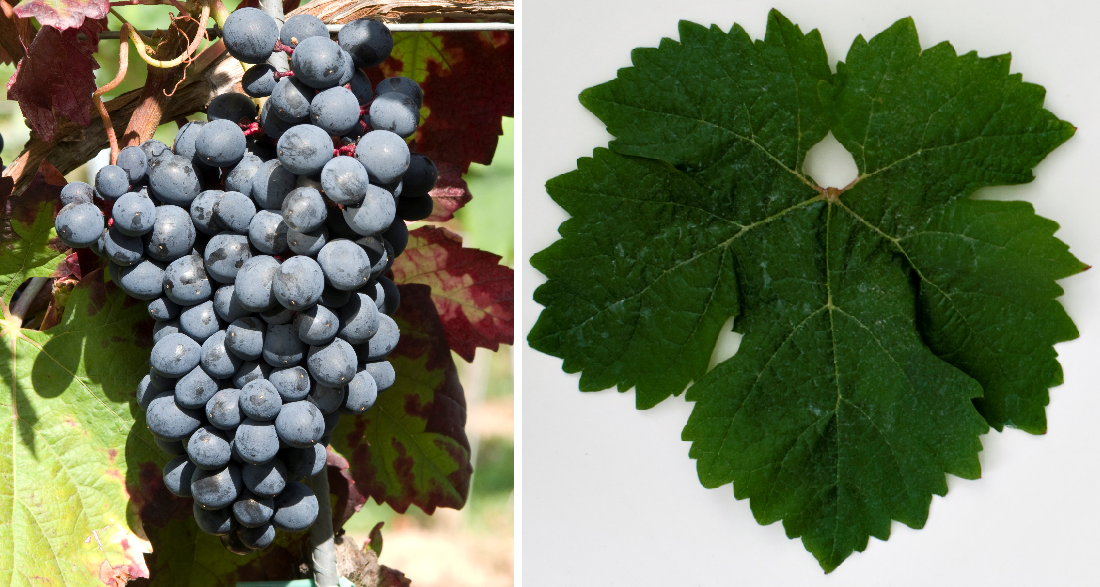 In the 1930s, it was processed ampelographically at the Geisenheim Research Institute and was given the name Dunkelfelder by Dr. Helmut Becker (1927-1990), alluding to its unknown origin and the dark colour of wine. Plant variety protection was granted in 1980. The vine is sensitive to frost, drought and downy mildew. It produces deep dark, colourful red wines, which makes it very suitable for use as a teinturier (dyer's grape). In 2009, it covered 341 hectares in Germany with a decreasing tendency. In 2010 there were small stocks in Switzerland (24 ha), England (2 ha) and Canada (Statistics Kym Anderson).