Traditional pergola system in the northern Portuguese area of Vinho Verde. There are also the names or in detail slightly different variants Latada (latticework, giitter) and Ramada (leaf canopy). The name Cruzeta (cross or crucifixion) is derived from the appearance of the granite pillars, which are up to four metres high and each of which carries a long crossbeam. The ends of the crossbeam are connected to the head of the pillar by means of a wire. The crossbars are stretched between them and wires. The vines are pulled up by these to reduce the risk of fungal infection, which is increased by the proximity of the coast. 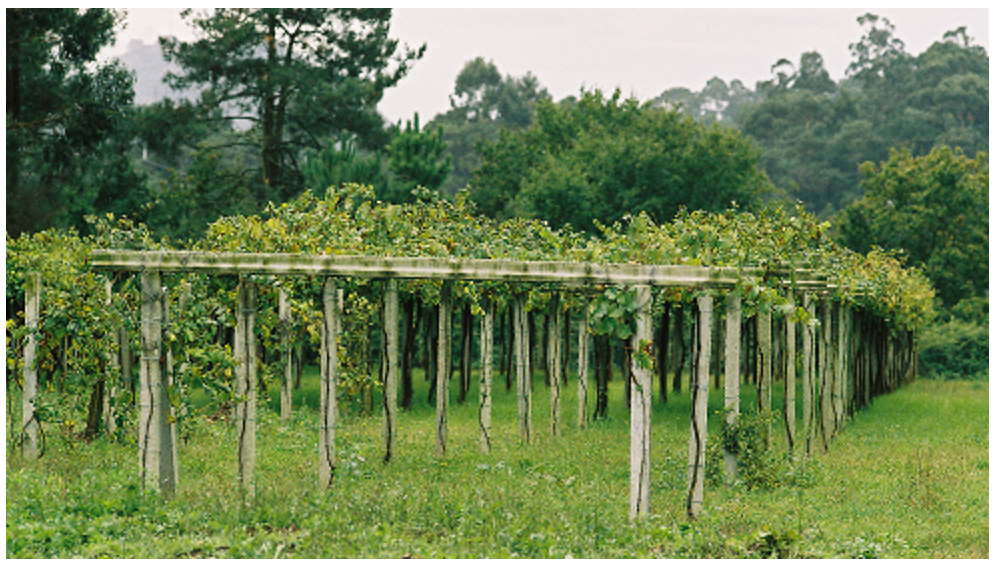 This is a very old form, which in the past was usually used to frame fields with other arable crops. The arduous, not without danger, grape harvest must be carried out using long ladders. This form is in decline, however, and now around 70% of the vines are cultivated in cordon training). See also complete listings under Educational form (systems) and vineyard care (activities). 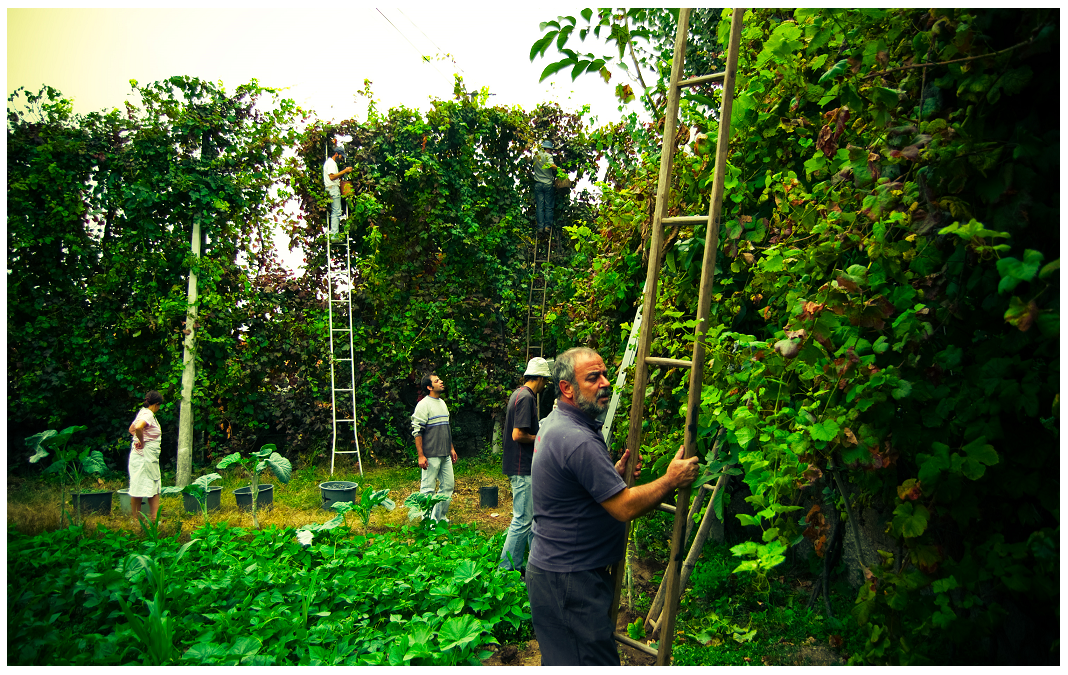