The red grape variety comes from Italy. Synonyms are Corba, Corbina, Corgnola, Corniola, Corvina, Corvina Comune, Corvina Gentile, Corvina Nostrana, Corvina Reale, Cruina and Cruina Zervei de Gatto. First mentioned under the name 'Corvina' in 1627, and under the name 'Corvina Veronese' in 1755, which is now commonly used, it must not be confused with the varieties Corbina, Corva or (possibly related) Corvinone, despite the fact that synonyms or morphological similarities seem to indicate this. According to DNA analyses, there is a parent-offspring relationship with the two varieties Refosco dal Peduncolo Rosso and Rondinella, and somewhat more distant relationships with the varieties Dindarella, Garganega, Marzemino and Oseleta. 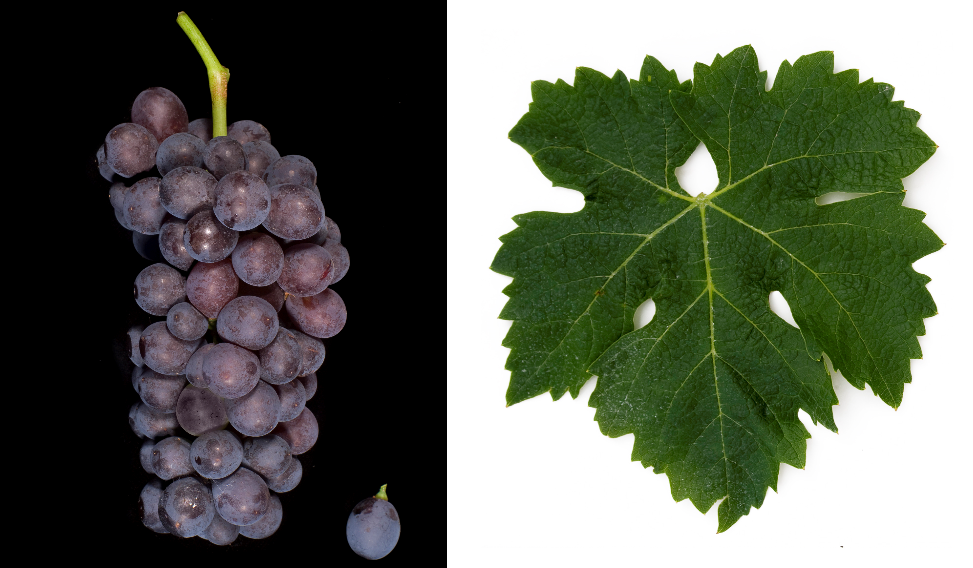 The medium to late-maturing vine is resistant to frost, but susceptible to downy mildew and sensitive to drought. It produces colourful, fruity red wines with low tannin content and a characteristic sour cherry aroma. It is mainly cultivated in the northeast of Italy in the two regions of Lombardy and Veneto. There it is approved for the DOC/DOCG wines Bardolino, Garda and Valpolicella, among others. The grapes are particularly suitable for the Recioto (drying) process, which is used in the Amarone. In 2010 the variety occupied a total of 7,496 hectares of vineyards. Compared to 1990 with 4,791 hectares, there was an increase of more than half. This puts it in 89th place in the worldwide grape variety ranking.