Name (also main shoot, leg or arm) for the perennial, woody part at the upper end of the vine stem. Depending on the training system, they are usually built horizontally (horizontal), but also vertically (vertical) as in the vertico system. In the two-armed form, one cordon each is pulled horizontally on the left and right along wires. A one-armed system is for example cordon de royat in Champagne. 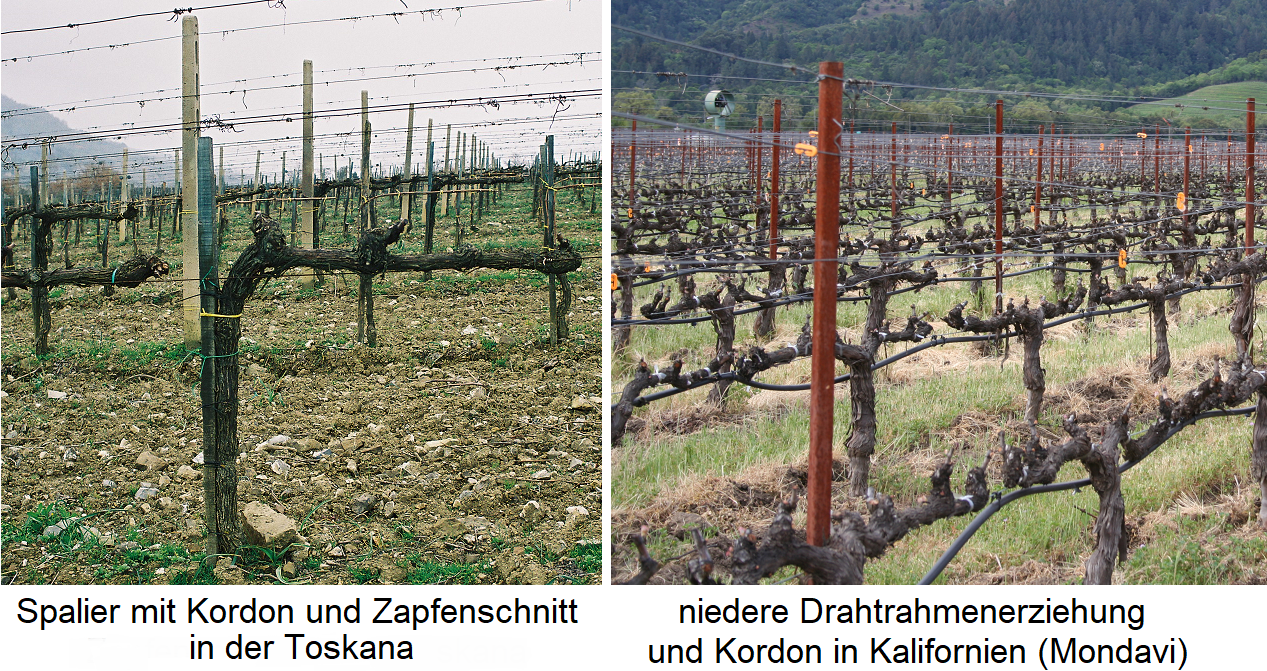 On the cordons are the annual shoots, which are cut differently for each system during pruning as cones, extenders or pruning (see under arch). The new, fruit-bearing shoots develop from their eyes (buds). In the case of training systems with stem and cordon, one often speaks of cordon training systems. Strictly speaking, however, this alone does not sufficiently characterize the training system and one could also call it pruning. This is because the cordon pruning (the cordon training) is also used in trellis training. A cordon pruning is among other things available: