DOCG area for sparkling wines (Spumante), sparkling wines (Frizzante) and still wines (Tranquillo) in the Italian region of Veneto. The former DOC area was highly qualified in 2009. The former IGT area Prosecco was classified as DOC area in this context. Alternatively, the designations Conegliano Prosecco or Valdobbiadene Prosecco are also permitted on the label, which is also mostly used by producers from the two municipalities due to local pride. Incidentally, the entire Prosecco area was designated a World Heritage Site by UNESCO in 2019 in the category "Cultural Landscape". 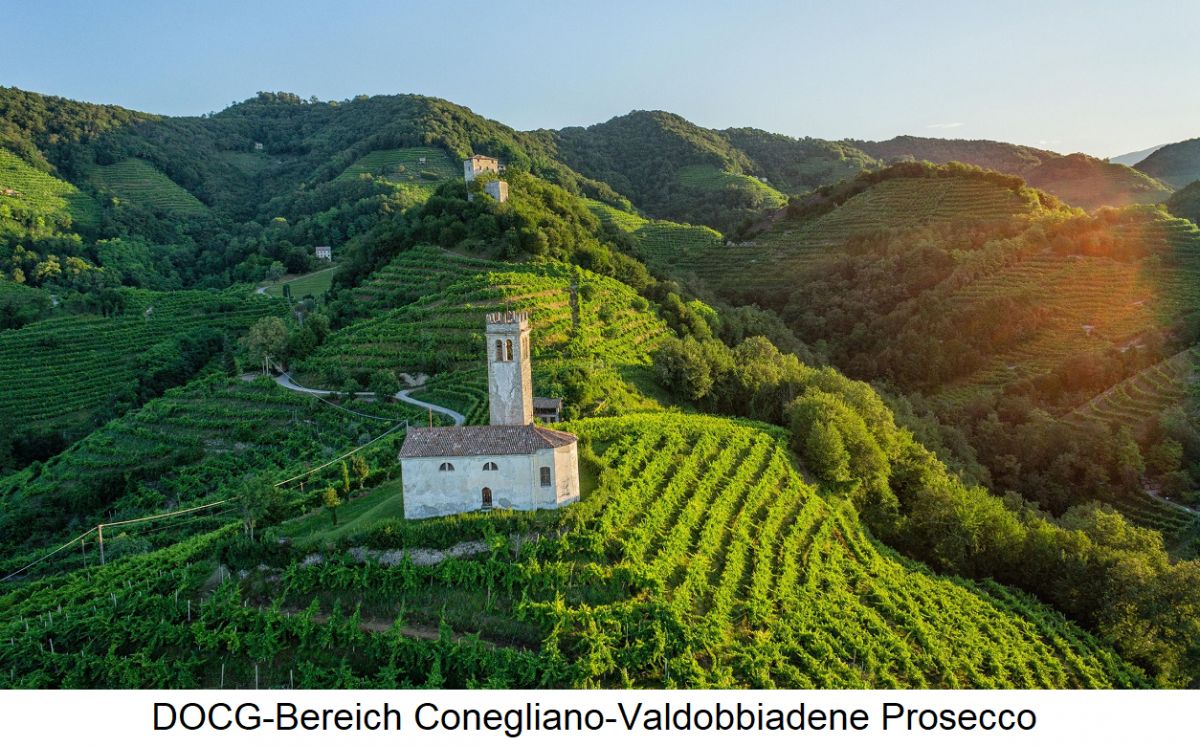