The French cultural institution in Bordeaux consists of a wine museum and a theme park on the theme of wine. It was opened in May 2016 in the presence of the French President François Hollande. The facility is located in the northern district of Bacalan in the "Port de la Lune" harbour district on the left bank of the Garonne. The impressive building is equipped with 2,500 reflective aluminium panels on the facade of the 55-metre high tower. It is intended to symbolise sparkling wine in a glass. The complex covers an area of 13,350 m², distributed over ten levels between the hull-shaped torus and tower 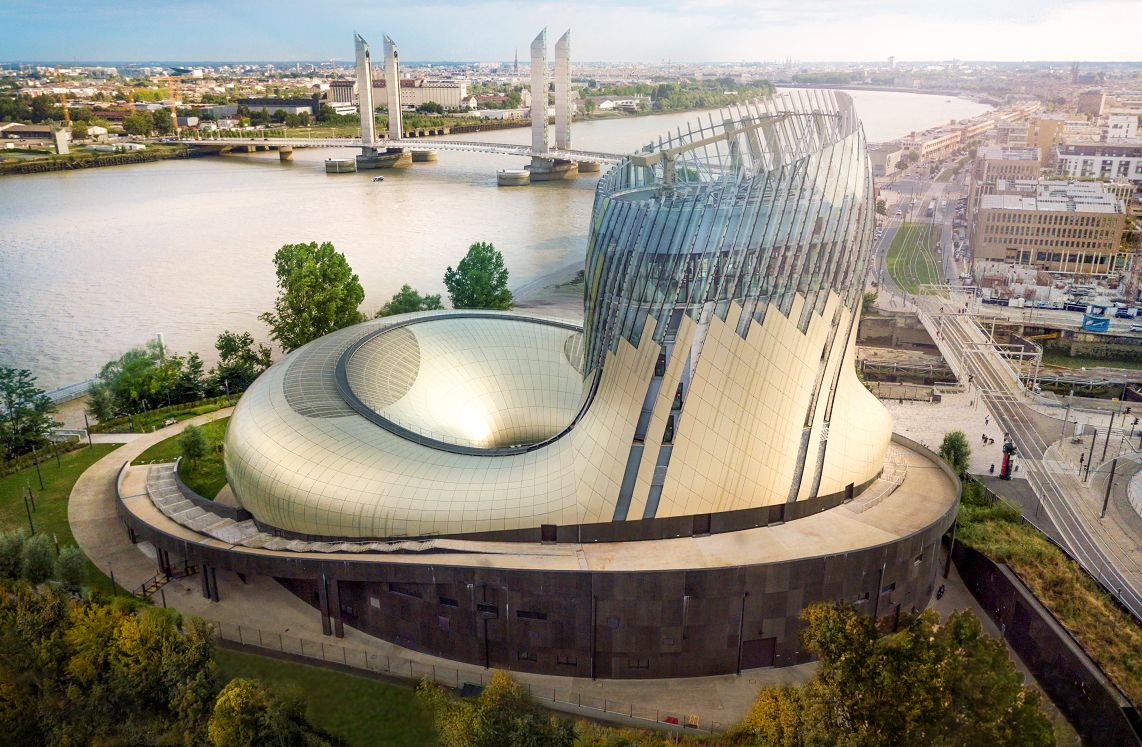 The offer includes a cultural programme in the Thomas Jefferson Auditorium with performances, concerts and demonstrations, three tasting areas, a reading room, a boutique (objects, books, souvenirs), three gastronomy areas and the "Routes du Vin" area (information about the wine region, booking of wine tours). At the heart of the Cité du Vin is a permanent exhibition on the 2nd floor, where the cultural, civilizing, heritage and universal dimension of wine can be discovered on a surface of 3,000 m² with 19 thematic modules. See also the video clip (click to view) with a tour of the building.