The different coloured grape variety group comes from Austria. Synonyms for mostly the variety Blue Cinnamon Grape are Blue Oberfelder, Blue Cinnamon Grape, Cernina, Drobna Crnina, Drobna Sipa, Kleinkölner, Kleinmilcher, Kossovina, Crow Grape, Mala Modrina, Modrina, Plesnova, Prava Crnina, Black Cinnamon Grape and Zimmerttraube. The synonym Cernina points to the same identity with the Cellerina (Cenerina) from the Italian Piedmont, which is no longer cultivated today, and to which it looks amazingly similar. The varieties were formerly cultivated in Austria-Hungary in Lower Styria (now northern Slovenia), which at that time belonged to the monarchy, and in present-day Croatia, and were used as winepress and table grapes.

The Blue Cinnamon Grape was described by the ampelographer Franz Xaver Trummer (1800-1858) in his standard work "Systematic Classification and Description of the Grape Varieties Occurring in the Duchy of Styria", published in 1841. This is a purely female grape variety. According to DNA analyses carried out in 2016, it is a parent variety of Blauer Portugieser and Blaufränkisch. This confirmed the suspicion of a parent-offspring relationship with the Blue Goosefoot variety 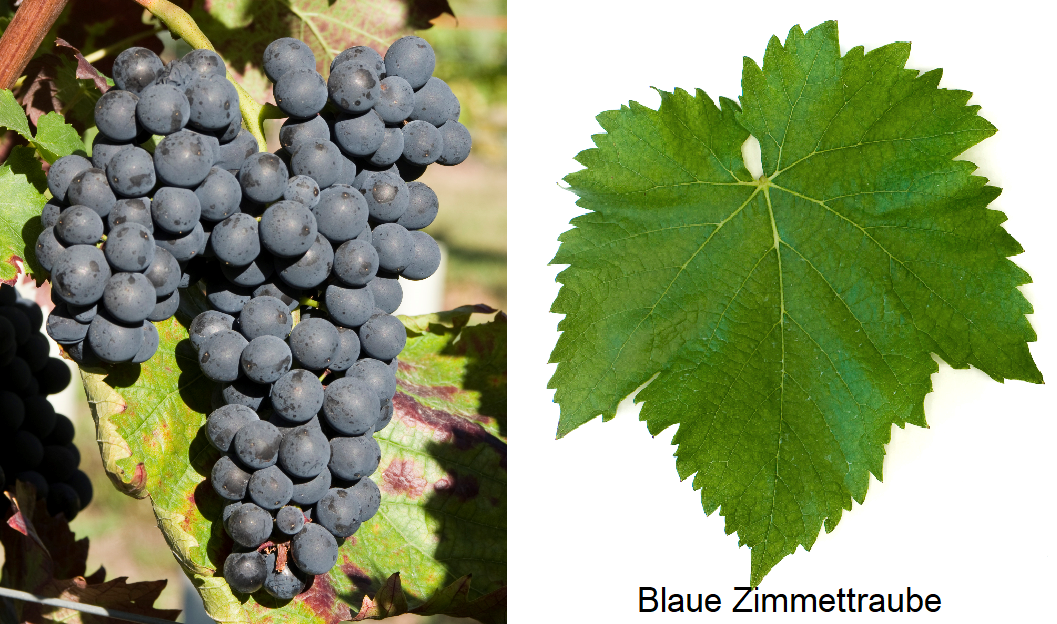 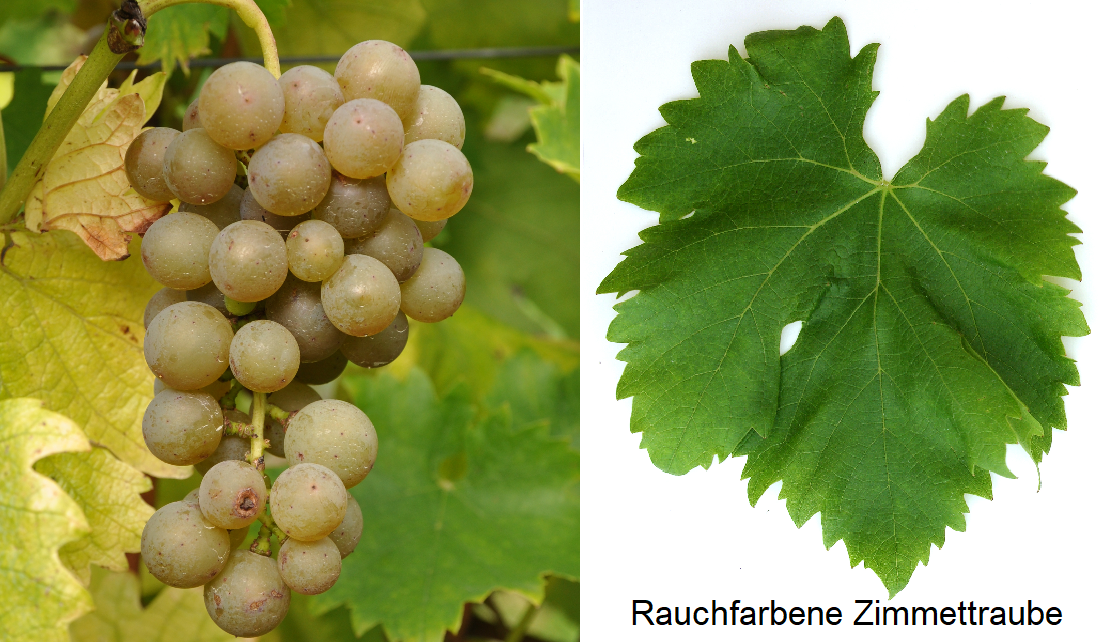 Another variety is the white cinnamon grape with the synonyms Beli Vranik, Blinica, Bliniza and Smoker. The parentage (parenthood) is unknown. It is suitable as a wine press and table grape.