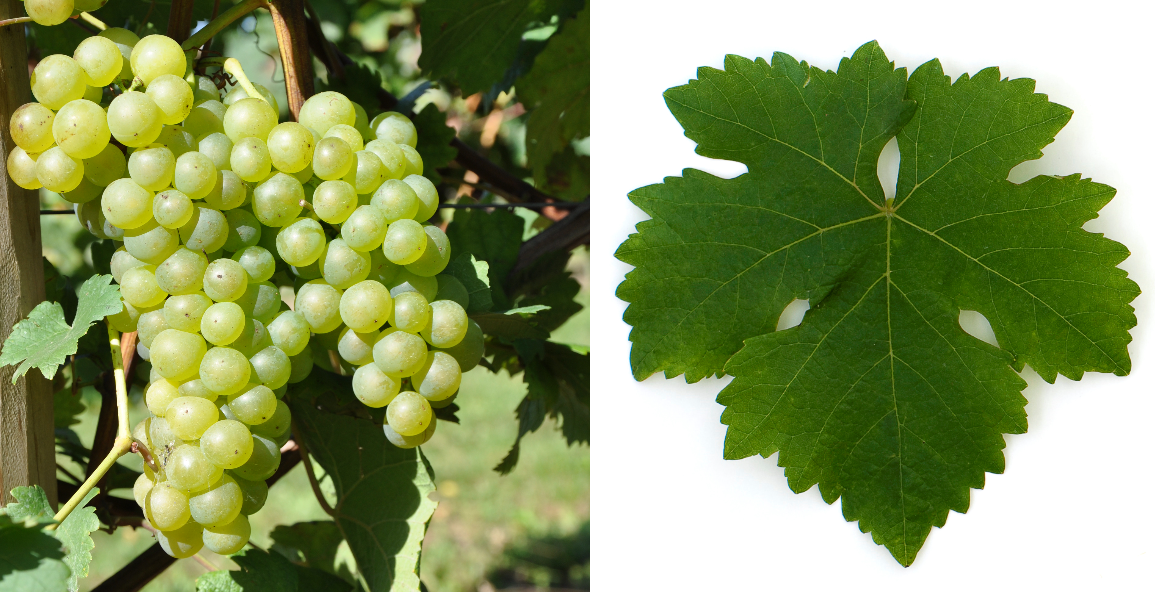 According to one hypothesis, an ancestor was cultivated as early as 6,000 BC in the Jordan Valley in present-day Israel and Jordan and was known in Egypt 5,000 years ago. It is even said to have been recognized on murals in royal tombs near Luxor, but of course such a thing has no probative value whatsoever. The ampelographer Adrien Berget also suspected an Egyptian origin. An old vine called "Chasselas" allegedly grew in the garden of the Coptic grammar school in Cairo. It came from the oasis of Al-Fayoum, where Greek colonists are said to have introduced viticulture during the reign of Alexander the Great (356-323 BC). Today there is a city in the centre of the Fayoum basin of the same name. According to another hypothesis, the variety is said to be identical with the Aminea mentioned by Pliny the Elder (23-79) or at least a descendant.

In 2009, the Swiss biologist Dr. José Vouillamoz and his colleague Dr. Claire Arnold from the University of Neuchâtel carried out extensive DNA analyses and came to a completely different conclusion. In his opinion, the variety does not originate from the Orient, but from the Swiss canton of Vaud on Lake Geneva. This is where a particularly large number of varieties of the vine are found. He refers to the Russian botanist Nikolai I. Vavilov (1887-1943), for whom this is a very important indication for the determination of an origin.

The German botanist Hieronymus Bock (1498-1554) mentions the names Kleinfränkische, Großfränkische, Edel and Lautterdrauben in his "Kreütter Buch" in the 1539 edition. There is a historical background to the Baden name "Gutedel". Margrave Ludwig Wilhelm I. of Baden (1677-1707) had been a friend of Prince Eugene (1663-1736), the Savoy Prince who served the Habsburg Empire, since the Turkish Wars. During his visits to Savoy, the wine-loving margrave is said to have particularly appreciated the prince's sparkling white wine, which was made from the Chasselas grape and is still called Fendant there. Prince Eugene sent him chasselas seedlings to Baden, which the margrave had planted in his margraviate. The white wine was perceived as "good" and "noble", which eventually gave it its name.

The Swiss name "Fendant" (splitting) derives from the fact that, due to the unusually hard skins, the berries do not burst but split when pressed between the index finger and thumb. The name was first used by the botanist Johannes Bauhin (1541-1613) in his work "Historia Plantarum Universalis", published posthumously in 1650. The French name "Chasselas" was first mentioned in 1654 by Nicolas de Bonnefons (servant of King Louis XIV) in his cookbook "Les délices de la campagne". The name is most likely derived from the village of Chasselas near Mâcon in Burgundy, from where the vine probably spread in France (but does not necessarily originate there).

The early-ripening, high-yielding vine is susceptible to various vine diseases. These are small berries (millerandage), chlorosis, esca and black spot disease (Phomopsis). It produces low acid and alcohol, yellow-green wines with almond aroma, which are usually enjoyed young. However, especially in Switzerland, very good qualities are also pressed under the protected designation of origin Fendant. In 2010, 4,013 hectares of vineyards were planted here, about one third of the total area under vines. The German Grand Duke Karl-Friedrich got to know the vine in Vevey (Switzerland) and brought it to Baden in 1780. It is still mainly present in this growing region today and occupies a total of 1,101 hectares in Germany. No stocks have been recorded in Austria.