The white grape variety is an interspecific new breed between Seyval Blanc x Schuyler. Synonyms are Cayuga, Geneva White and New York 33-403 and it was named after the North American Indian tribe of the Cayuga, which belongs to the Iroquois League. It contains genes from Vitis labrusca, Vitis lincecumii, Vitis rupestris and Vitis vinifera. The hybrid was crossed in 1945 by breeders John Einset and W. B. Robinson at the Vine Breeding Institute of Cornell University in Geneva, New York State. Plant variety protection was granted in 1972. The medium maturing, very high-yielding vine is susceptible to black rot, downy mildew and especially anthracnose. It produces fruity, acidic white wines with a lime aroma and subtle muscatel. The variety is excellent for sparkling wines and is also used for the production of ice wine. It is grown in the US states of Illinois (8 ha), Indiana (6 ha), Iowa (1 ha), Kentucky (5 ha), Michigan, Missouri (15 ha), New York (156 ha), Pennsylvania (21 ha) and Virginia, as well as in Canada. In 2010, a total of 212 hectares of vineyard area was declared (statistics Kym Anderson). 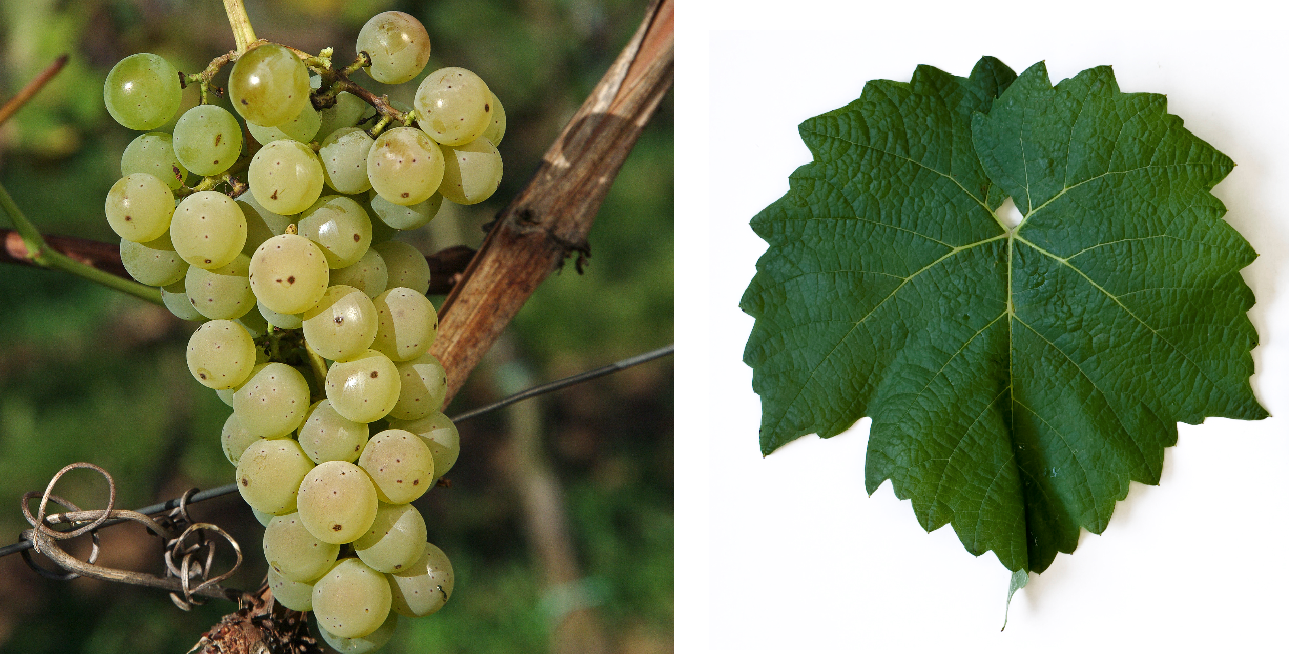