DOCG area for red wine in the Italian region of Tuscany. The zone includes the slopes surrounding the picturesque hilltop town of Montalcino, 40 kilometres south of Siena in the province of the same name. Other DOC areas in Montalcino are Moscadello di Montalcino, Rosso di Montalcino and Sant'Antimo. Brunello di Montalcino is made from 100% pure Brunello, a clone of the Sangiovese variety selected in the 1870s at the Il Greppo estate of the Biondi-Santi family. A wine from it was first produced by Clemente Santi in 1865 under the name "Vino Rosso Scelto". Ferruccio Biondi-Santi - the grandson of the "inventor" - continued the selection process and thus planted a large part of his vineyards. 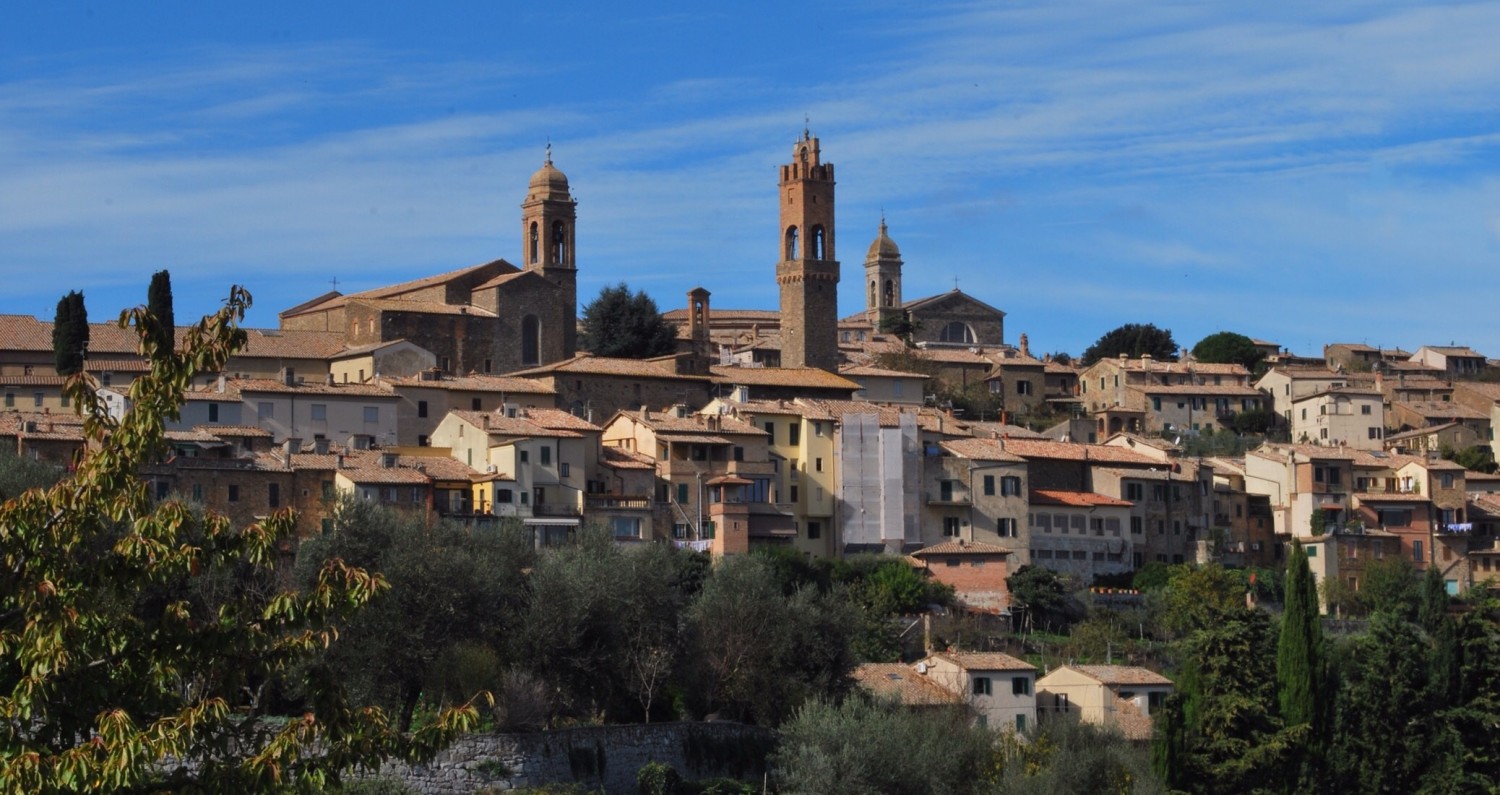 In 1888 and 1891 he first pressed a wine called "Brunello" (but this name was already used in the 14th century). He let it mature for several years in large barrels of Slavonian oak. Of these two legendary vintages, there are still a few bottles in the cellar today. The next two generations of the family (Feruccio's son Tancredi and grandson Franco) then made the wine famous all over the world. Contributing to its cult status was the fact that up to 1945 only four vintages were produced, the aforementioned 1888 and 1891, as well as 1925 and 1945, which was one reason for the exorbitantly high prices in addition to the outstanding quality. For many decades the winery had an exclusive production privilege. Until after the Second World War, the name Brunello was used solely by Biondi-Santi.

Until the 1970s, the majority of the production still came from this winery, as there were only 25 producers. Today Brunello di Montalcino is produced by about 200 wineries. In 1960, the area under vines was only about 60 hectares. This increased to just under 700 hectares by 1980 and to about 1,500 hectares today. Unfortunately, this expansion also contributed to the fact that the range of quality is quite wide. With the equally famous red wine Vino Nobile di Montepulciano, also from Tuscany, it is one of the two wines that were the very first in Italy to receive the DOCG classification in 1980. Brunello is one of the most famous red wines in Italy and Europe. An important aspect of its quality lies in its very special climate, because it is warmer and drier than in the nearby Chianti areas and the nights are cooler.

The alcohol content must be at least 12.5% by volume, but often 13.5% is reached. The minimum ripening times have been drastically reduced in recent decades. At the beginning of the 1960s, 42 months or 3.5 years of barrel ageing in large Slavonian oak barrels was still mandatory, but this was reduced to 36 months in 1990 and finally to 24 months in 1998. However, the total aging period in barrel and bottle must still be 48 months. This means that the release for trade takes place from 1 January of the fourth (formerly the sixth), in the case of the Riserva from the fifth (formerly the seventh) of the year following the harvest.

Informations about "Brunello di Montalcino DOCG" in wein.plus Wine Guide
This page was last modified at 27 June, 2020 at 16:26.