Famous wine-growing community (Bernkastel area) in the German Moselle wine-growing region with about 1,200 inhabitants. It used to be called "Dusemond", a name derived from the Roman term for a vineyard "dulcis mons" (Latin for "sweet mountain"). In 1925, it was renamed Brauneberg for the purpose of promoting the famous sites. The total vineyard area is over 300 hectares. Among others, the two famous single vineyards Brauneberger Juffer and Juffer Sonnenuhr are located here, which the French Emperor Napoleon Bonaparte (1769-1821) already counted among the pearls of the Moselle region. 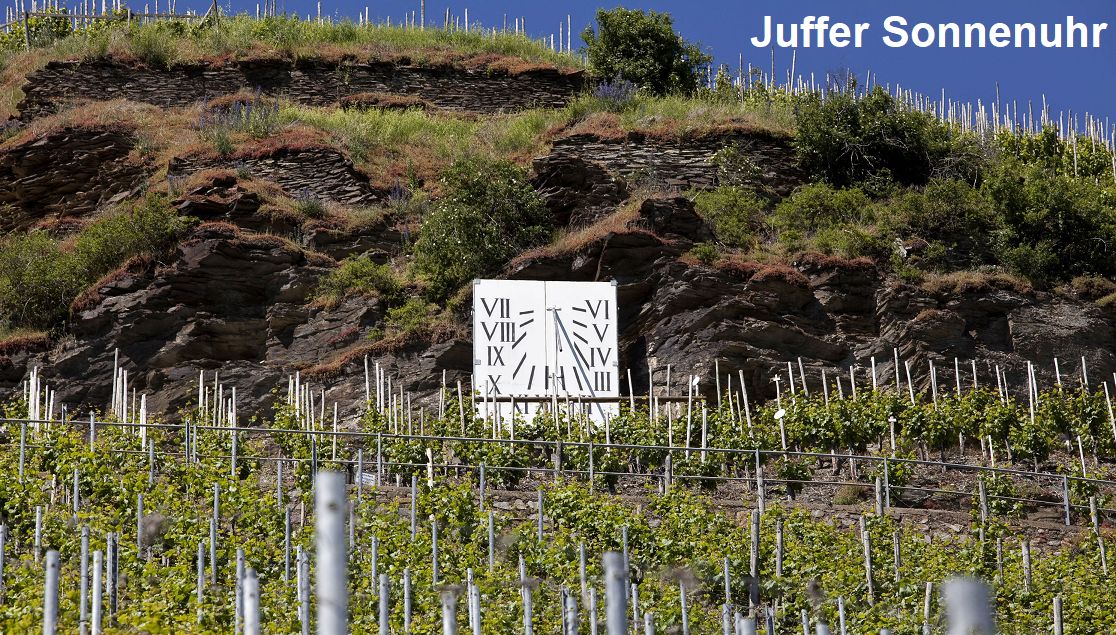 The name "Juffer" goes back to the vineyards owned by nuns of the former Franciscan monastery. These were popularly called "Juffen" (virgins, prayer sisters or pious women) in the Rhineland dialect. According to another version, the name derives from three daughters of a former owner who remained unmarried, i.e. "virgins" - in the Moselle-Franconian dialect, "virgins" are called "Juffen". The other individual vineyards in the municipality are Kammer, Klostergarten and Mandelgraben.