The term is of Arabic origin and means "handshake". This refers to the ancient custom of concluding a contract with a handshake and shared drink. According to another version, the origin was the Low German term for "schöpfen", which was borrowed into French as Chopine and then borrowed back again. In German-speaking countries, Schoppen is a very old measure of liquid with locally very different volumes. Mentioned are, among others, 0.564 l for the Palatinate, 0.459 l for Württemberg, 0.375 l for Baden and Switzerland, and for the French Chopine 0.476 l. In southern Germany, before the introduction of metric measurements in 1884, the bottle was the official designation for 0.5 l. Today in the Palatinate, a "whole bottle" means 0.5 litres. In Rheinhessen the volume is 0.4 litres, here there is also a "half pint" of 0.2 litres, known as a Halwe (half). Special wine glass forms with the contents of a bottle are Dubbeglas, Geripptes and Mainzer Stange. A bottle is therefore not bound to any particular glass shape. 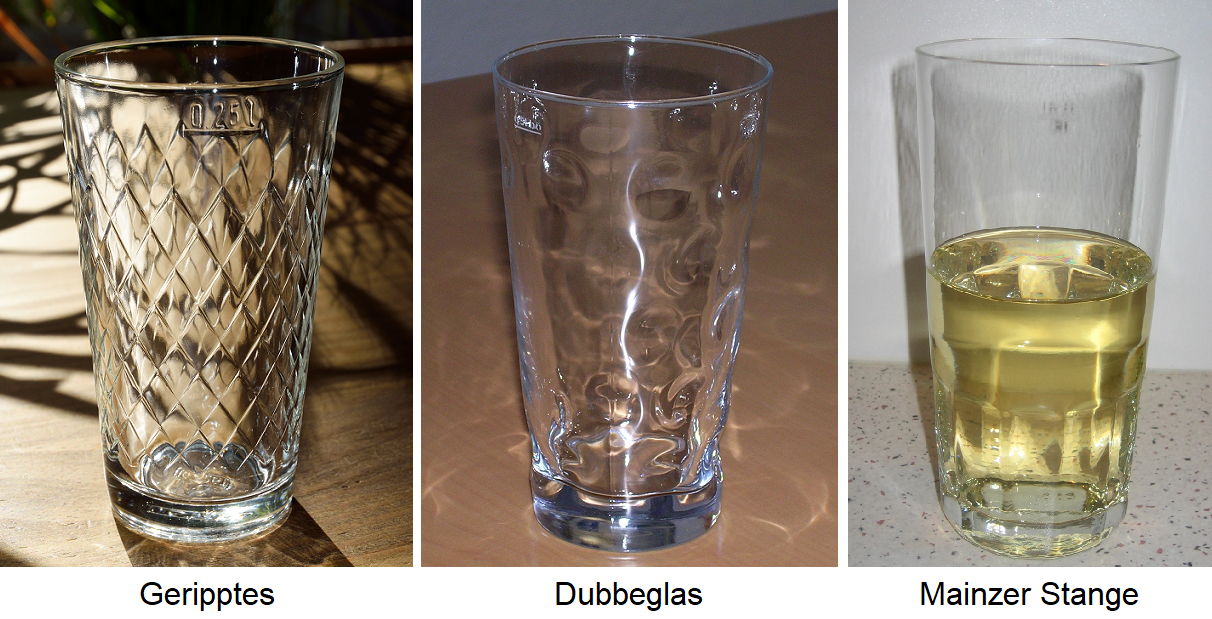 In the pub industry, the original meaning of a measure or a drinking vessel as well as the measure (for one litre of beer) was transferred to the locally different standard alcoholic beverage itself. Depending on the region, when ordering a pint, half a litre (in Franconia a quarter of a litre) of a certain wine or beer is served without the wine or beer having to be explicitly named. Naturally a "Schoppenwein" is therefore quite often an openly poured, mostly simple draught wine (Zechwein). However, it can also be of better quality. 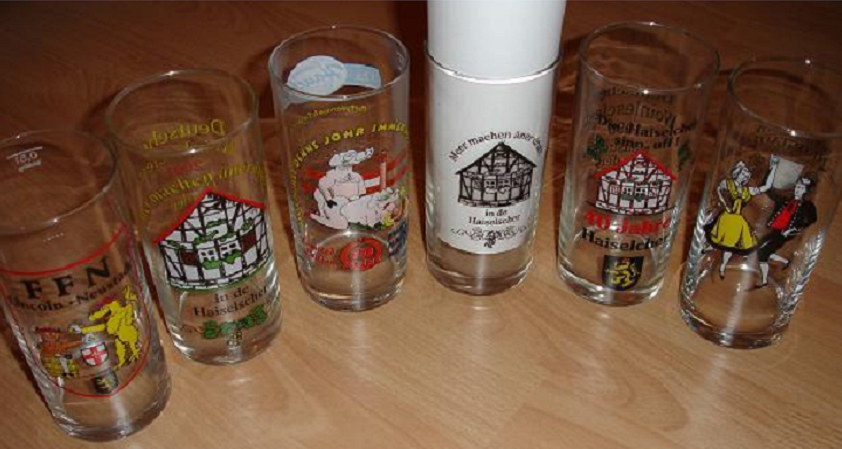 The term "Schoppenstecher" is very popular in the city of Mainz and describes a wine connoisseur who sticks or "pokes" his nose into a Mainz bar (the wine glass usually used for wines by the glass) in one of the many wine taverns at dusk. The last glass enjoyed in a pub (before you leave or before you "troll") is called Trollschoppen. In the vernacular one calls a wine drinker in Franconia also "Schoppenfetzer". A "Schoppensalamander" is a ceremonial special form of drinking in student fraternities. Rheinhessenwein e.V. has been awarding the "Schoppenstecherpreis" for special services to Rhine-Hessian wine since 1983. See also under Frühschoppen, Weingefäß und Weingläser, as well as under Tradition in viticulture.