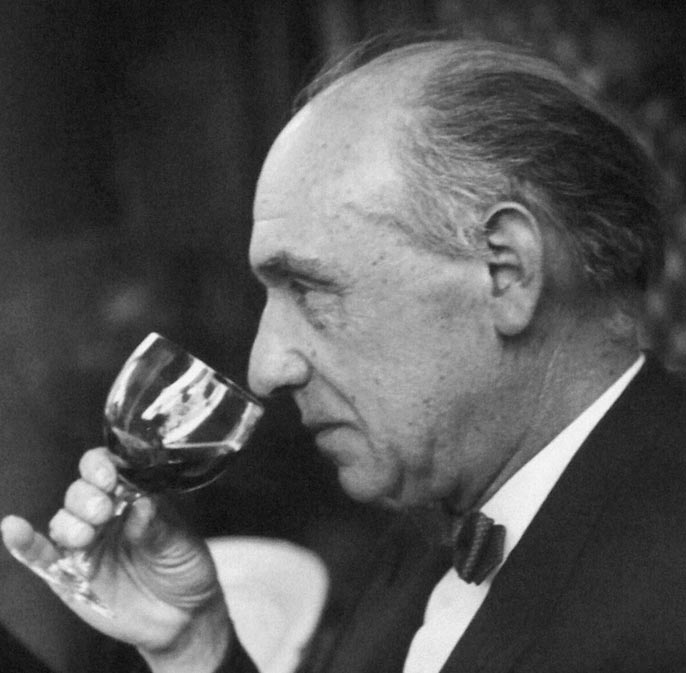 The French lawyer and viticulture expert Baron Pierre Marie Gabriel Le Roy Boiseaumarié (1890-1967) was a fighter pilot during the First World War from 1914 to 1918 after studying law. In 1919 he married Emma Bernard Le Saint, heiress of Château Fortia on the southern Rhône. In his new function as a vineyard owner, he was confronted with major problems in the Département Vaucluse. The devastation caused by phylloxera had led to a decline in wine quality. Adulteration with grapes from other areas such as the Gard was commonplace. As early as 1923, he defined an area that, according to his analyses (today one would say: according to ecological), was best suited for viticulture. His criteria were the wild plants thyme and lavender, which grow together here. For this area, he determined the grape varieties that are still valid today and that are best suited to the soil and climate. He is thus the founder of the Châteauneuf-du-Pape appellation, which was only classified in 1935.

Boiseaumarié also tried very successfully to mobilise the winegrowers for his ideas. Therefore, he founded a winegrowers' association in Châteauneuf-du-Pape in 1924 and the Union Côtes du Rhône in 1929. In 1930, with the restaurateur and writer Maurice E. Sailland alias Curnonsky (1872-1956), he founded L'Académie du Vin de France, modelled on the Académie Française. In 1935, the forerunner of today's INAO was created with his friend and professor of agriculture Joseph Capus (1868-1947). Boiseaumarié served as its president for 20 years from 1947 to 1967. Boiseaumarié and Capus are regarded as the founders and pioneers of the French system of origin (see Appellation d'Origine Protégée). Because of his services to the quality of wine, Pierre Boiseaumarié was named an officer of the Legion of Honour and elected President of the OIV (Organisation Internationale de la Vigne et du Vin).