The white grape variety comes from the island of Elba (Tuscany, Italy). Synonyms are Biancone(Corsica); Biancona, Corcesco, Gragnolato Blanco, Gragnolo Bianco, Grignola, Grignolino Bianco, Grignolo Bianco di San Colombano, Pagadebiti di Porto San Stefano and Uva Biancona(Italy). In the VIVC catalogue, Besgano Bianco is also listed as a synonym, while in Wine Grapes this variety is listed as a separate one. It must not be confused with Biancu Gentile or Rollo (both synonymous with Biancone), despite the fact that they appear to be synonyms or morphological similarities. There is nothing known about a possible relationship to the red variety Grignolino. The late maturing, high-yielding vine produces simple, acidic white wines. 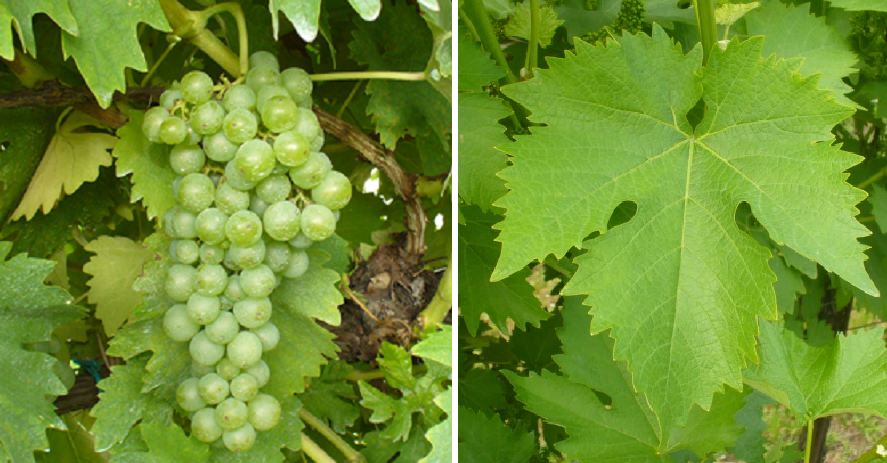 The variety Biancone di Portoferraio, named after the Elba capital Portoferraio, is permitted in the DOC wine Elba. A variety called Biancone is cultivated in the north of the island of Corsica around Bastia. It is not clear whether it is identical to the Elba variety; according to the French ampelographer Pierre Galet (1921-2019), this is not the case. In any case, according to DNA analyses carried out in 2007, the Corsican biancone is the result of a presumably natural cross between Sciaccarello(Mammolo) and an unknown partner. Therefore, there are kinship relations to the varieties Caloria, Colombana Nera and Pollera Nera. In 2010, no stocks were reported under the names Biancone or Biancone di Portoferraio (Kym Anderson).