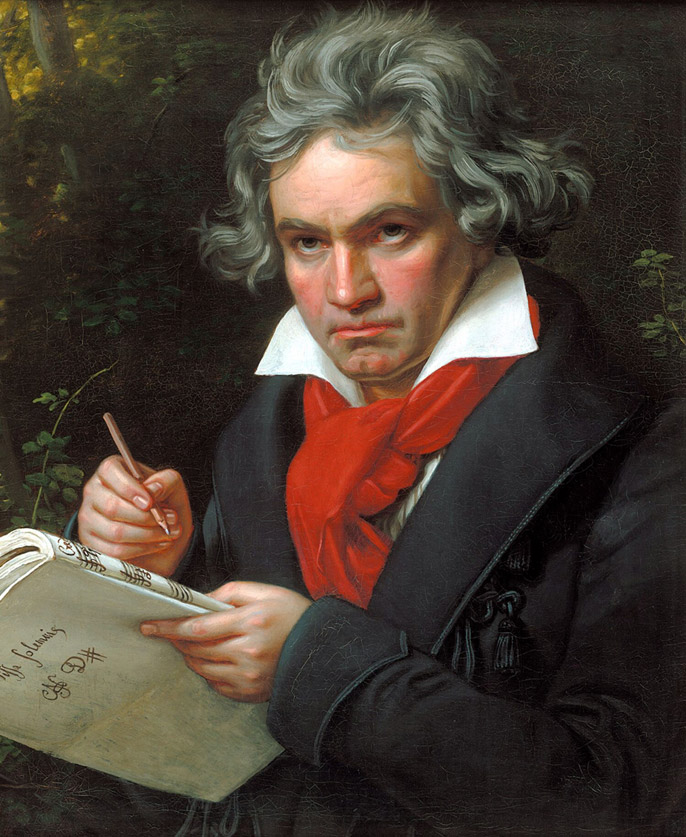 The composer Ludwig van Beethoven (1770-1827) was a pronounced wine lover and passionate visitor to the Heuriger. He loved walks in nature and the wine bars in the wine villages around Wien. He once remarked to his friend and fellow composer Carl Maria Weber: "I love these country parties and the Heurigen." In addition to the "Viennese wines", he preferred the Ofen mountain wine from Hungary. However, the red wine caused him problems, so his family doctor prescribed Gumpoldskirchner from the village in Lower Austria as medicine.

Beethoven regularly visited many wine taverns in the then Viennese suburbs of Heiligenstadt, Grinzing, Sievering and Nußdorf (today the 19th district of Döbling). One of his many residences was in Heiligenstadt at Herrengasse 6. It was here that he wrote the letter addressed to his brother in 1802, but never sent, in which he expressed his despair over his advancing deafness, the "Heiligenstadt Testament". Beethoven lived at the address Heiligenstadt Pfarrplatz 2 in the summer of 1817 and worked on the famous 9th Symphony. The 17th-century listed house has been preserved unchanged, houses the well-known Heurigen Mayer on Pfarrplatz and is called "Beethovenhaus" after its ex-resident.

Beethoven spent his last summer in 1826 at the estate of his brother Johann in the Lower Austrian municipality of Gneixendorf in the Kamptal. Already seriously ill, he wrote to Schott's Söhne in Mainz on 22 February 1827: "My doctor prescribes me very good old Rhine wine to drink, send me a small number of bouteilles. " In reply, the dispatch of "precious Rüdesheim mountain wine from 1806" was confirmed. Allegedly, his doctor Dr. Malfatti advised him to drink champagne or Moselle wine. Presumably this is why he allowed or recommended alcohol to him, in order to lift his spirits, for in truth he was already nearing the end. On 24 March, four bottles of wine arrived from Mainz, at the sight of which Beethoven murmured his alleged last words: "Too bad, too bad, too late." He died on 26 March in the afternoon. The well-known internist and book author Univ. Prof. Dr. Anton Neumayer writes: "Beethoven's cirrhosis of the liver (as the cause of death) is almost certainly the result of damage caused by regular alcohol consumption." Beethoven was certainly not a true alcoholic, but he consumed alcohol almost daily from his youth.