The winery is located in the community of Kiedrich in the German Rheingau wine region and was founded in 1875 by Dr. Robert Weil (1843-1933). There are also family roots in the famous Bernkasteler winegrowing dynasty of Prüm. The estate was considerably expanded through the purchase of the two vineyards of Nilkens and Buschmann, the villa shown in the picture of the noble English patron of the arts Sir John Sutton (1820-1873), which became the parent house, as well as vineyards owned by the Count of Fürstenberg. A Riesling of the 1893 vintage from the Gräfenberg site made the winery famous far and wide. The Auslese from the Kiedricher Berg was then delivered to many emperors and royal houses in Europe. In 1900, the Vienna Court Economics Office bought 800 bottles of this wine for the Habsburg imperial court for a price of 16 Goldmarks per bottle. By the way, the treasure chamber of the house is where the top wines of the great vintages are stored, dating back to that legendary Auslese. The 1920 vintage of Kiedrich's Gräfenberg Trockenbeerenauslese is called Zeppelin wine because it was on board the airship "Graf Zeppelin LZ 127" during its circumnavigation of the world in 1929. 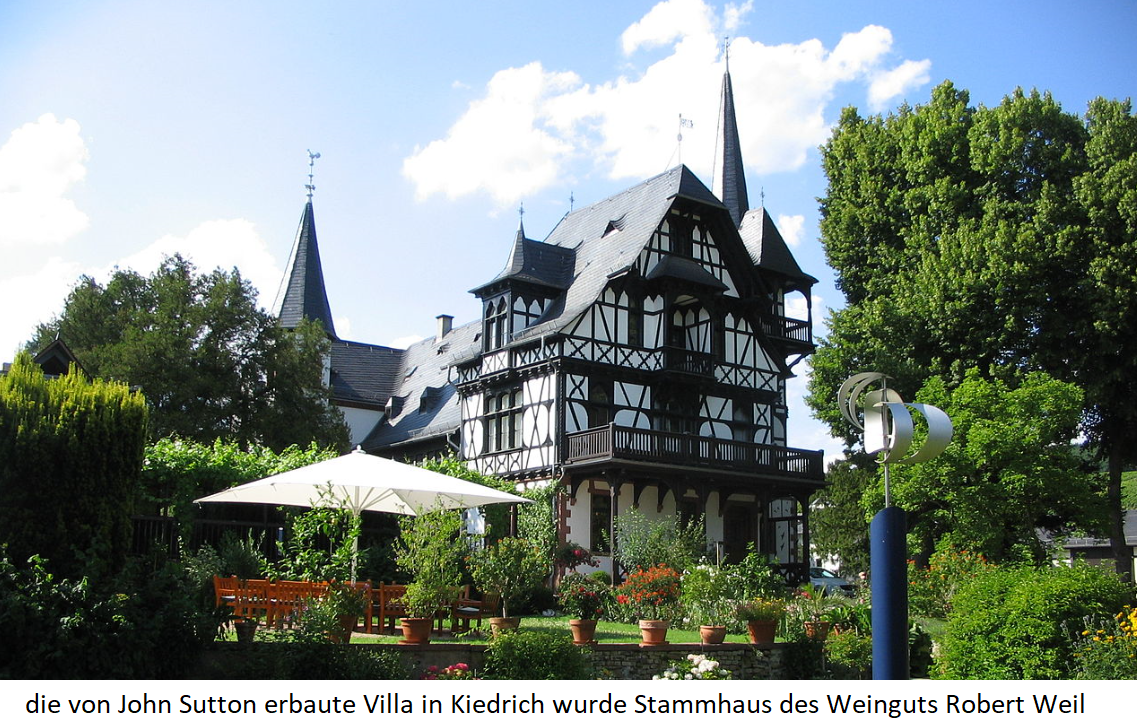 In 1988 the Japanese beverage company Suntory acquired a majority share in the estate. Today, the fourth generation of the family is managed by the founder's grandson Wilhelm Weil (director of the estate, oenologist). Clemens Schmitt and Philipp Bicking are responsible for the vineyards, Christian Engel and Fabian Kretschmer for the cellar. The vineyards cover 90 hectares in the VDP-classified Kiedrich single vineyard sites of Gräfenberg, Klosterberg and (in sole ownership) Turmberg and others. They are 100% planted with the Riesling variety in which the company specialises. The quality-enhancing measures in the vineyard include greening, exclusively organic fertilization, pest control with biodegradable, environmentally friendly agents, and a complete absence of herbicides. Further quality factors are yield limitation through restrictive pruning, double thinning, early negative selection and extremely selective harvesting, usually not before the beginning of November. The time-consuming harvest often takes eight to ten weeks with several harvest processes. When the noble rot grapes are harvested, the harvest workers sort them separately according to three degrees of rot. 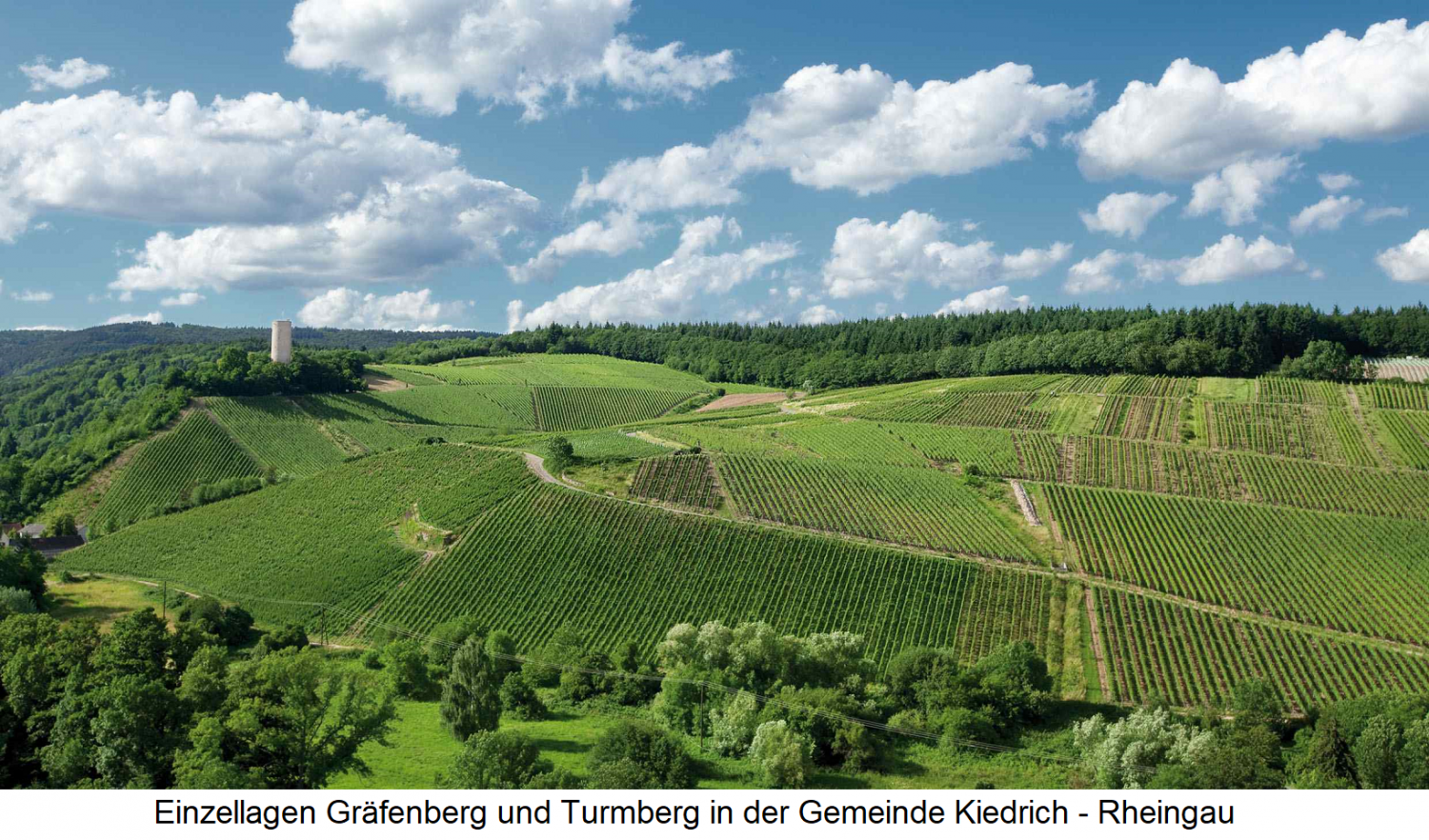 In the cellar, the grapes are selected berry by berry. The preclarification of the musts is done by natural sedimentation. Fermentation takes place at a controlled temperature in stainless steel tanks and in traditional Rheingau barrels for six to twelve weeks. During reductive ageing, the longest possible contact with the fine yeast is used. The wines are marketed in accordance with the VDP classification model as estate wines (Robert Weil), local wines (Kiedrich areas), first sites (Klosterberg and Turmberg) and from the Grosse Lage as Grosse Gewächs (Gräfenberg). Traditionally, the noble sweet wines from Auslese to Trockenbeerenauslese are among the top products of the house. They are marked with a gold capsule and are auctioned off at top prices at auctions. The winery is a member of the VDP (Verband deutscher Prädikatsweingüter).

Informations about "Weingut Robert Weil" in wein.plus Wine Guide
This page was last modified at 10 December, 2019 at 05:31.