The Austrian wine journalist Helmut O. Knall (*1956) alias "Knalli" had his first encounter with wine as a child, as the parents of his best friend cultivated vineyards in Grinzing (Vienna) and Wolkersdorf (Weinviertel-NÖ). After completing the university course in advertising and sales, he spent almost 20 years in advertising and public relations. To the wine freak, wine journalist and "ambassador of Austrian wine" he came to Austria via the detour of red wines from Bordeaux, Burgundy and Italy. From the beginning of the 1980s, he regularly visited the major wine fairs in Europe, such as Vinitaly, Vinexpo in Bordeaux, ProWein in Düsseldorf or the London Wine-Trade-Fair. A first "aha-experience" was a blue Portuguese wine from the very young Hannes Artner (Carnuntum-Lower Austria) vintage 1989. From then on, Knall was particularly concerned with insider tips from Austria, with the dry white wines as well as the sweet wines that have become legendary thanks to Alois Kracher & Co. 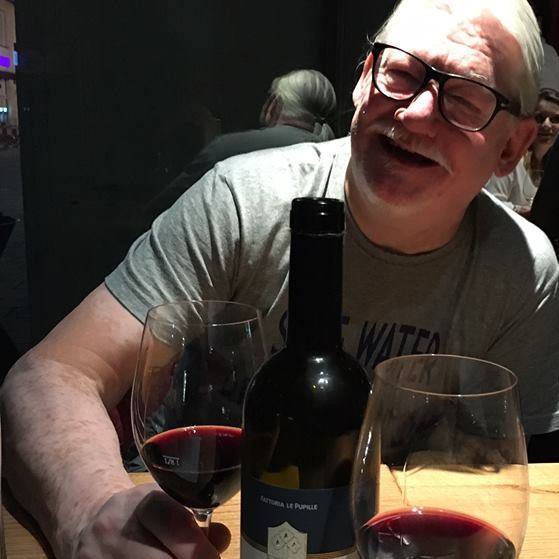 The promotion of young, ambitious vintners from Austria became his hobby. The idea was born to create an en primeur-guide for Austrian wine, i.e. to taste young wines via barrel tasting and then to accompany them later on their development path. In a laborious process of persuasion the prominent winegrowers of Austria were visited and the first en Primeur-Guide was published. Today the Wine-Guide-Austria is one of the most comprehensive works on Austrian wine, in which more than 400 wineries are listed with their wines. Some of his "young winemaker discoveries" are now celebrating export successes or have been named "Winemaker of the Year" by established print media. Today, Knall is a sought-after jury member of many renowned wine tastings. He also worked for nine years as a winegrower in Vienna and is an excellent chef.