The white grape variety is a very complex, interspecific new variety between Seibel 788(Sicily x Clairette Dorée Ganzin) x Seibel 29(Munson x Vinifera). It was named after the Roman goddess of dawn. Synonyms are Aurora, Feri Szölö, Financ Szölö, Redei and Seibel 5279. genes of Vitis aestivalis, Vitis rupestris and Vitis vinifera are included. The hybrid was crossed by the breeder Albert Seibel (1844-1936). She was a crossing partner of the new breeds Reflex, Reform and Tissier Ravat. 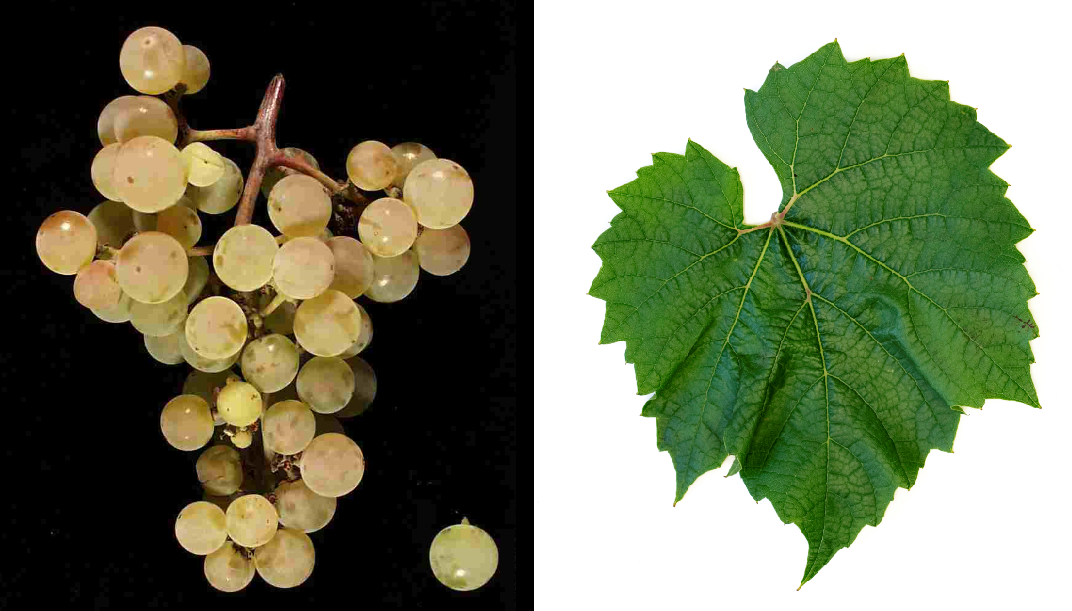 This very early-ripening, high-yielding variety is resistant to downy mildew, but susceptible to botrytis and black rot. It produces alcohol-light, acidic white wines with a relatively neutral taste and possibly a discreet Foxton. These are also suitable for sparkling wine production. The variety was formerly widespread in France, but is no longer of any significance there. In the USA, the variety is grown almost exclusively in the Finger Lakes in New York State on 267 hectares. Tiny stocks can also be found in Kentucky, among others. In 2010, a total of 268 hectares of vineyard area were declared (statistics Kym Anderson).

There are three other new breeds under the name Aurora.